In a year full of sequels and expansions coming out for so many games, sometimes a gem or two is likely to fall through the cracks and not get the credit it deserves. This can be especially true when sequels in similar genres come out and this has been a solid year for MMORPGs and RPGs with more to come next year. So, it wasn’t too surprising that the next episode in the Divinity games, Divinity 2: Ego Draconis, slipped through the reviews. What is surprising is what Larian Studios did to remedy the issue: they remastered and retooled Ego Draconis to make it better and added a sequel story named Flames of Vengeance, doubling the playtime. The new compilation, titled Divinity 2: The Dragon Knight Saga, plays nice and smooth with interesting character building styles and really funny dialogue. 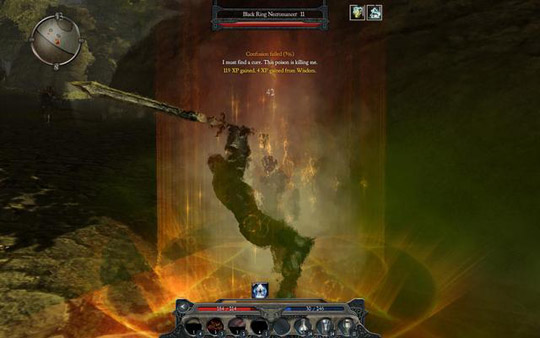 Atmosphere:
The game starts with beautiful cinematics and excellent music. The music was composed by a Russian musician named Kirill Pokrovsky and the graphics rival any of the big games out there. The light streams through the trees almost looking like a painting at times and the graphics in gameplay are just as good as the graphics in the cinematics. As a result there can be some fairly long load screens going in and out of buildings that can slightly dampen the atmosphere but they are easily forgiven when the quality of the graphics is considered.

Gameplay:
The Dragon Knight Saga does a few interesting things which will surely earn it mixed feelings among the players. The game doesn’t set up traditional trees like many RPGs – instead, it has skill categories with no particular level of skills. For example, there is a whole section of skills under the label ‘Warrior’ and you can pick whichever skills in the list that you want and invest points without having to have a certain number in one skill before investing in another. Also you can put points in other categories as well so you could have a rogue with warrior skills that can fire mage fireballs. You can only have one class’ weapons available at any time but you can change classes at anytime! This means you can try a quest as a warrior, decide it would be easier as a rogue, go to the trainers and change to rogue, beat the quest and then just go back to the trainer and change back. The theory of the game is that you have been trained in all these fields and you have simply lost the conscious memory of the skills and the trainers help you remember them. So, at any time, you can invest any points in any tree and you can change class at will. To some RPG purists this can be seen as playing it too loose with the character, others might welcome the freedom of making a completely unique character with all the skills they like from all the different classes. 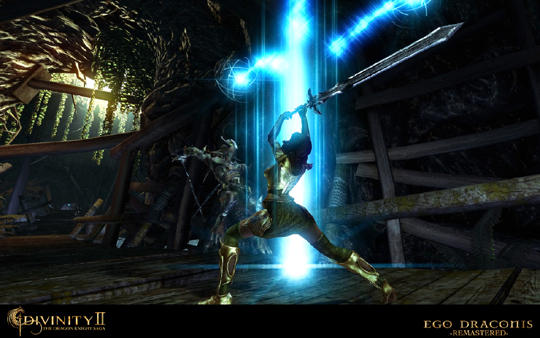 One of the other characteristics of the game that would be a bit debatable is the vagueness of directions and quests. Some would like the fact that it is a large map with lots of exploring to do to find your way to the quests. Others who are used to RPGs that point the way a bit more might get frustrated with how difficult it can be to find your quests and how the enemies you fight might vary in levels in the same area. So you may be fighting some level 2 goblins and wander past them and run into level 5 ones in a large, slaughtering group. Saving a lot is key to getting through the game but don’t rely on the auto-save, it seldom saves.

Divinity 2: Ego Draconis starts you off at level 1 as you would expect but Divinity 2: Flames of Vengeance is continuing the story so it starts you off at level 35. It has you pick a class to start with and gives you generic skills for the class you choose but then you can go right to the trainer, unlearn them and use 35 levels worth of points to once again build a custom character using any skills across the classes. This is really the most unique aspect of the game and will make or break most people’s experience with it.

Storyline/Interactions:
Without giving away too much about the story (there are definitely some spoilers that could be said) you play a Dragon Slayer initiate being trained to hunt down the last of the Dragon Knights, hybrid humans that can transform into dragons. The storyline plays out well, if a bit predictable, and is well-written and interesting. The side quests along the way though are usually where the most fun is to be had. The game writers had some major fun with the dialogue and some of your response options to the NPCs are ridiculous and funny. They also help you define your character as well though. Your character can be a sarcastic jerk who is prideful and rude to everyone, he can be humble and well spoken or he can even be corrupt and foul. These responses will define how the other characters interact with you. If you act like a well-spoken, staunch supporter of the military you won’t make any friends among the commoners. If you tell the pig farmer he needs to stop his barnyard crushes (you actually have the option to say something similar to that) you can expect a quest line to end and that farmer to never speak to you favorably again. This also makes for a fairly unique experience in the game because if you help merchants they give you better deals on goods, if you wrong one they may never sell to you again. You have more freedom in what you say, how you react to knowledge you learn, but all your interactions have consequences. 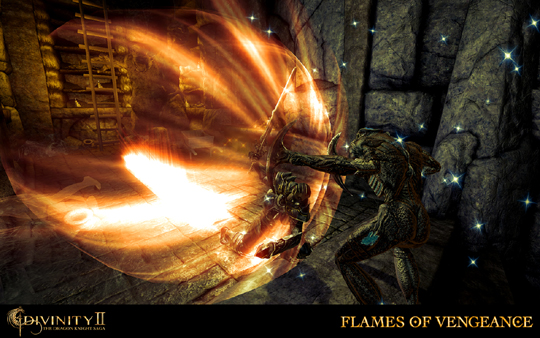 Another interesting interaction besides dialogue is the choice to read people’s minds. This is an option on just about every dialogue and the results can vary from the mundane to paying of with new skills. Sometimes it can give you dirt on a character to blackmail them or bring them to justice, other times it can show you how innocent the character is. This ability doesn’t come without a cost though, in this case in the form of experience. The concept I believe is that to gain the knowledge from their heads you have to give up some of your own. It makes you pick your targets very carefully because if you read too many minds you find yourself further and further from the next level.

Last Call:
Divinity 2: The Dragon Knight Saga is a very well put together collection of games with a unique character building system as well as interesting gameplay and very fun dialogue options. I’m glad they didn’t let the game slip through the cracks so that folks not only got a second chance to try it, but a chance to double their play. 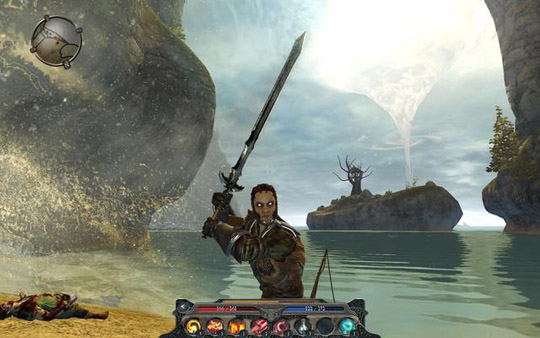