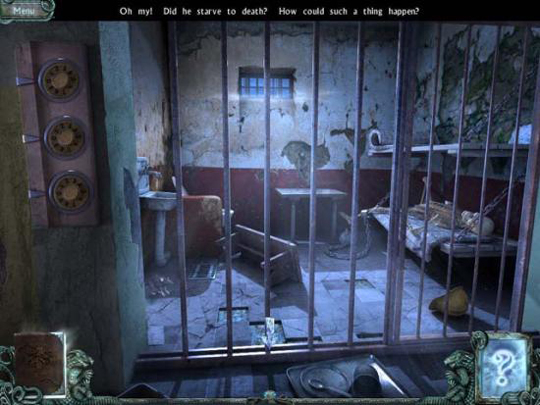 When I was a kid the only thing I looked forward to when going to the doctor’s office was the latest Highlights Magazine. I remember the drawings with the hidden objects in it were my favorite part, and I got so dissapointed when someone had already circled the objects and spoiled it for me. Well now I can play Twisted Lands: Shadow Town and not only get an interesting story with a twist, I will have plenty of hidden objects to find in item filled scenes. The concept is simple, the game requires an item to solve a puzzle and so you must collect a whole bunch of items to find what will work just right. So you have to pick a whole list of items from the scene but you will only use one and it will solve the puzzle and move you along. There are a couple of other kinds of puzzles thrown in that make it more difficult but most of these can be skipped if they prove too challenging. The game is designed to be family fun hidden object puzzling with a Halloween feel and that is what it delivers. 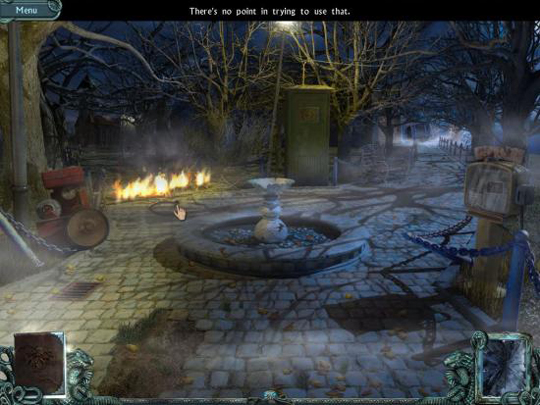 Atmosphere:
You are stranded on the beach outside a deserted town. The feeling of isolation and lonliness is accentuated by a constant thick fog and occasion ghosts who show up suddenly and leave almost as quickly. Your wife shipwrecked with you and is missing so you puzzle your way through a town left to ghosts and… something else, trying to find the love of your life. There is one scene where the game almost seems to go from creepy to horror, and some may be a bit creeped out by the ghosts, but they tend to just do things they did while living then disappear. After a while the atmosphere just adds to the story and gives a nice spooky background to the puzzling scenes.

Gameplay:
Straight forward follow the story hidden object puzzling with the previously mentioned couple of harder puzzles. One of them was particularly difficult and not skippable but otherwise if you get too stuck on where to go or where an object is in the picture you can click on a ? in the lower corner and get a hint as to the item’s location or where the clue was supposed to lead. One of the only complaints would be the list of items you have to find in a scene can sometimes be vague, probably on purpose. The item may be ‘bat’ for instance and you are looking at the items for something with wings and it is actually a baseball bat. Another would be ‘rose’ and you look all through the picture and on the side of a watering pot is a painting of a rose or it is carved into a piece of wood. It adds an extra challenge and sometimes after staring at the picture for a long time it suddenly dawns on you… oh they mean that baseball bat or that label on the wine bottle with a sun on it. 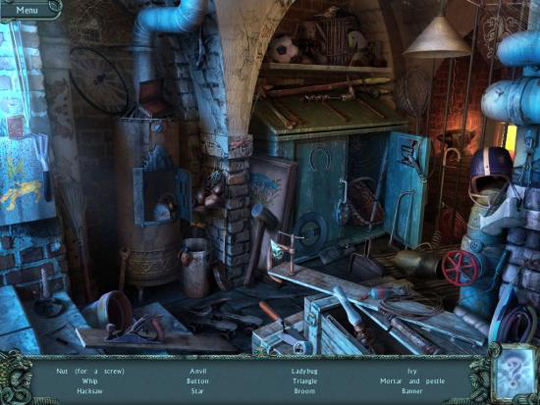 Controls:
Point and click all the way. You click on things to look at them, you click on arrows to move to the next scene. No need to get used to WASD to navigate, just get ready to click near the arrow in the direction you want to go.

Graphics/Audio:
Graphics are clean and nice, helping submerse the player. The sounds also tend to lend to the feel, the audio is clear with creepy music and sounds. The hidden object puzzles lose more and more color as you go so that in the end it is harder to see an item stand out. The graphics are good and pretty standard for this style of game.

Playtime/Cost:
If played by the casual player, maybe a bit younger or a bit older which I think this type of game mostly targets, it could last days and possibly be repeat play. Heavy gamers will burn through it in a night. At $19.95 it is not badly priced for a game, especially one your kid might play over and over, but it is a bit pricey compared to what this genre of games usually run. You can download a free one hour trial version of the game to see if it is right for you.

Last Call:
It’s a fun family friendly Halloween hidden object puzzle game. The storyline is interesting with a nice twist at the end but for the most part it is pretty standard for the genre. If you like this type of game this is a solid one. 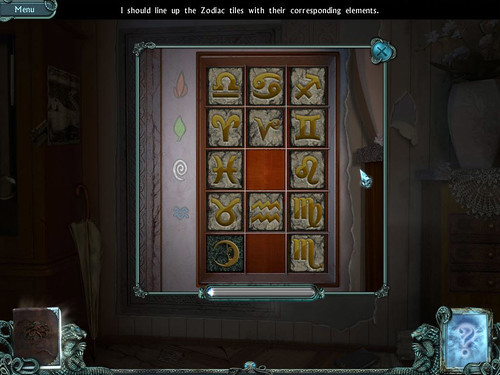