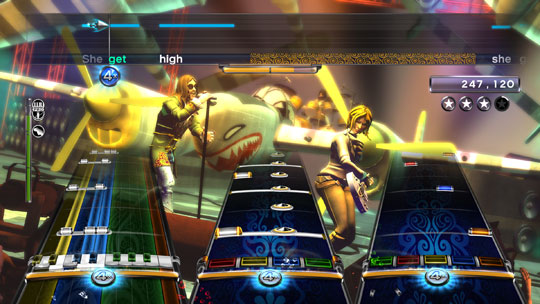 Electronic Arts, MTV Games, and Harmonix have released a slew of pre-release week screenshots to their upcoming music game, Rock Band 3. The new screens range from Pro Mode captures to character creation shots and more. In fact, there were SO many screenshots, we can only offer you a select smattering. Rock Band 3 is due out on October 26th.

Enjoy the new screenshots, After the Break!