It is the year 1350. The Black Death emerged killing through Istanbul, Italy, Germany, France and England, eventually turning East into the Baltic lands. Soon reaching the borders of Russia, it tore a path through Krakow to Moscow, where the plague vanished into the woods of Russia. Lost but not forgotten.

The story takes place in the lands of Poland, Russia, and the Great Lithuanian Princedom during the chaos and recovery from the plague and the domination of the Golden Horde and the Knight Orders that took place between 1350-1650. Players are allowed to follow a thoroughly thought-out and historically accurate system of building up cities and expanding territory through diplomacy, missions and by warring with 25 other factions over the 300 year period. Time is measured in cycles of the moon and realistic expansions in technology and territory. You can tell this was a labor of love, the Russian gaming company Lesta that made the game took great care to tell the story of the dark times of their land, as a matter of fact the original version of the game was entirely in Russian. If you follow the tutorial and quests you should find yourself retracing a very accurate time line of history of the region’s strife. You will find yourself told when to send an ambassador to what country, when to be prepared to war with another, when to build soldiers, even when to hire scientists or priests to help heal the victims of the Black Death when it creeps back out of the forest. And because three centuries of history is trying to be told in one game time can really fly and time lines for tutorials and quests can be a bit tight. Players who like their game play to be fast and furious and historically accurate can thrive on this, those who don’t can make adjustments to suit their taste as well. 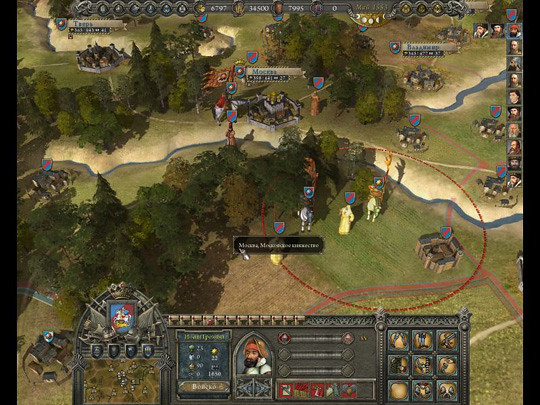 Atmosphere:
The atmosphere is pretty standard real-time strategy, very nice clean graphics, nice renaissance style music. The music gets more dramatic on occasion but for the most part it has a mellow feel to it, allowing sound in the background while you move your units around the map, build buildings and check alerts that tell you either what to do next or what happened where during the time period. The graphics are artistically done and the load screens for the game look like stained glass cathedral windows.

Game Play:
The gameplay has a lot of diversity to it since you have 26 factions to choose from, three levels of difficulty, and three separate centuries to choose from to play. There are over 150 military units and dozens of famous personalities to command and contend with. Each of the units can learn up to six abilities from a menu of many choices during it’s ‘lifetime’. Death comes to all units eventually, some from battle, some from disease and some even from old age as realistically you can’t expect them to live hundreds of years. Different territories have different special units, so playing on one side of the map will have entirely different play than the other. There are three standard game speeds, regular, fast and paused. Many actions can be done or plotted while the game is paused if you prefer a more turn-based feel to the play or if you like the speed of real time play stay away from the pause button and try the regular speed or the fast mode. In the menu setting section there is even the opportunity to have a slower regular speed. In that same section of the menu you can toggle between being historically accurate through the tutorials, quests and announcements of historical events to saying, ‘I want to build an empire with big guns and artillery and I want it now!’ Players are used to having options in their games, strategy or not, and this game goes above and beyond. Is there a replay value? This game could be played dozens, if not possibly hundreds of times and not have the same play. If you follow the historical route you would have a minimum of 26 different plays because of the 26 different factions, and there is still wiggle room in each of those to change unit abilities. This game is one you could keep on your system and replay whenever you feel like it for years. A player is probably more likely to lose system compatibility in several years before running out of play options! 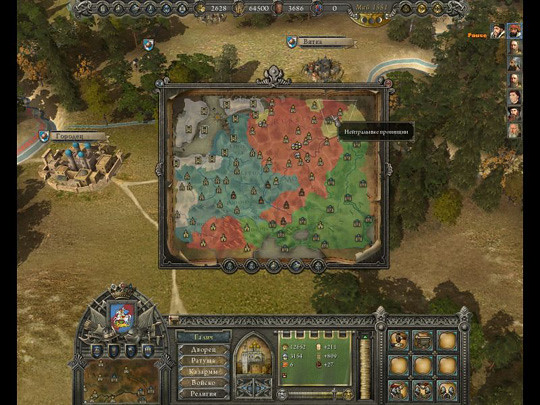 Glitch or Accuracy?:
Without going into too much detail, sometimes military or diplimatic actions will happen that can’t be won. I don’t know if it is due to historic accuracy (some battles were lost) or a glitch. Personally I hope it is a historic accuracy, because as many folks know, war is a series of wins and losses and some battles just shouldn’t be winnable. Some factions, due to religion or political nature, aren’t compatible. Religion does play a part in this game and can negatively or positively affect your faction as well.

Controls:
The game is a point and click all the way. There are a lot of menus to click through, but a mouse will get you through it. Care should be taken not to put a unit behind the name banner above a city because you may find yourself spending a bit of time trying to find that little bit of the unit that can be clicked on under it. Also if the unit is standing outside the city, put them to the right or left of it or it might be hard to click on the city. This also brings up a small issue with the game, to fit more than one specialized non-soldier unit in the city you have to build a bigger city. Otherwise they stand outside the castle walls and wait their chance to enter.

Graphics/Audio:
Clean graphics, nice sound effects for the units as they run around. The maps are nicely rendered and excellent visual quality. The graphics screen for battles is kind of boring, very much like some old turn based games of the past. Little boxes with units in them on each side of the screen and as you click the fight button they randomly gray out the unit on one side or the other as they die. Also it could use a sound effect for when a unit dies outside of battle. 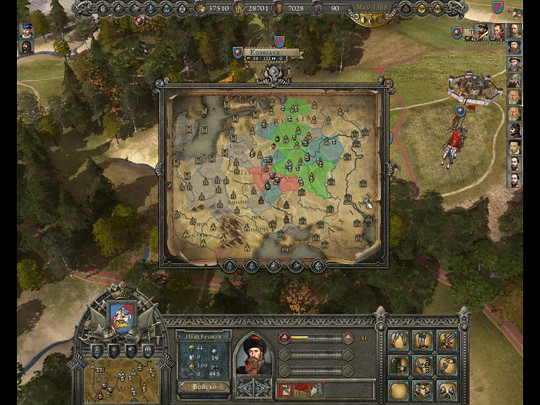 Playtime/Cost:
Playtime can completely vary due to all the different variations in play. Some can work around the A.I., play on fast speed and not follow the tutorial/quest route and probably go through it pretty quick. Those who follow the historic route or play it slower, this game could easily last days. But considering it is for sale now at GamersGate for $29.95 and has a high replay value, it sounds like a good price.

Last Call:
This game has multiple playing options, a nice look and a reasonable price. It has a lot of replay value and runs the whole gamet of style between turn-based stratedgy and real-time stratedgy. It has addictive game play and a much more interactive learning experience than the History Channel. 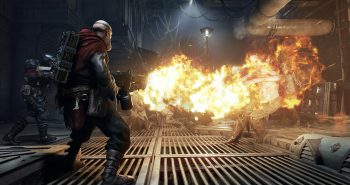