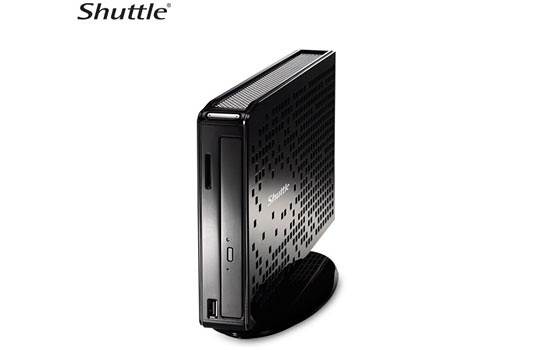 Shuttle PC has announced it is now taking pre-orders on its upcoming X350 SLIM PC. Featuring an Intel Atom D510 CPU and the option of an Nvidia ION chipset, the X350 promises a lot of versatility in something only slightly larger than a standard optical drive (which it comes with as well, as shown in the picture above). The X350 has a base MSRP of $399.

‘We’re really pushing the envelope as to what can be packed inside this tiny box we call the X350 or XS35 that’s only about the size of an external hard drive,’ said Nicolas Villalobos, Director at Shuttle Computer Group in Los Angeles. ‘It’s perfect for everything from living room entertainment to digital signage, healthcare, and point -of-sale (POS) applications. It’s even powerful enough for Blu-ray, though we do not officially have the option just yet.’