Egosoft released X3: Terran Conflict in October of last year. Since that time, Egosoft has worked steadily on numerous patches and enhancements to the game. This has culminated in version 2.0 which contains, aside from numerous bug fixes, a ton of new content to the existing game. Egosoft has re-released the game with the 2.0 update, calling it X3: Terran Conflict 2.0 – The Aldrin Missions.

The basic gameplay of X3TC 2.0 remains largely unchanged. The game puts the player into the game universe and sends them on their merry way, either following the main storyline or branching out and exploring on their own. Players can start the game as a number of different characters, each with their own difficulties, equipment, and alliances. There are only four of these characters to start, however more will be unlocked at certain points in the game. 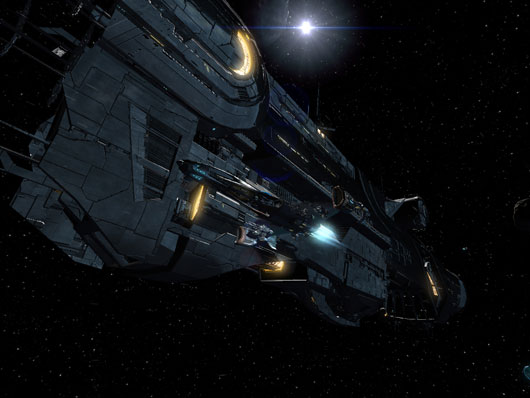 If you have never played an ‘X’ game before but think you will just breeze through it based upon past experience in games like Wing Commander or Freespace, think again. X3TC has a very steep learning curve due to the sheer number of things you can do in the game universe as well as a clunky, albeit best of the series, control design.

Controlling your ship was definitely based on the mouse. I grew up in a time where we controlled our space games with Joysticks but apparently this is passe. Attempting to use my X52 Pro flight stick and throttle quadrant was an abysmal mess. While I could assign various joystick axis to various commands, I could never add additional axis into the game. For whatever reason, X3TC was using my throttles thumb rotator as the in-game throttle. Anyhow, even if I did get the joystick working, the mouse is needed to navigate through the on-screen UI elements of the game controls. However, as I previously stated, this is by far the most streamlined control system in an ‘X’ game since the original X: Beyond the Frontier.

The cool thing about the franchise has always been its sim-approach to space life and this installment is no different. You really get the feeling of what it would be like to exist in this environment. Traveling from place to place is not like you see in Star Wars or any of the Trek films. Space is ‘big’ to say the least, and in X3TC it takes a long time to get around even with time acceleration enabled. There is a huge laundry list of things you can do in X3TC. You can do just about anything from becoming a wealth industrialist with your own factories and fleets to even becoming a solo pirate who pillages anything you fancy (just be careful of those Terran space forces). You can even hire NPCs to haul cargo for you. Egosoft has been developing the franchise since 1996 and their experience in the genre definitely shows in the game’s veratility.

Visually, X3TC is easily the best-looking PC space game out there at the moment short of the DirectX 10 version of EVE Online. Only unlike EVE Online, X3TC was designed for single-player gaming only. There is no multiplayer mode to speak of. In an interview we did a while back with Egosoft founder Bernd Lehahn, he did say an MMO is still on the drawing board and something they would like to do in the future. The space environments are simply beautiful and planets are rendered with stunning detail. I often looked to the stars as a boy and wondered what it would be like to be ‘out there’ exploring. Visually-speaking this is probably very close to the truth. Not only are the planets well-done, but the ships and stations you encounter can be truly awe-inspiring in their scale and detail. 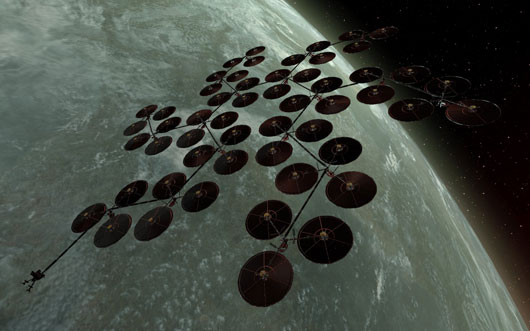 Sound design in X3: Terran Conflict 2.0 is adequate, however the voice work in the English version of the game is not nearly up to snuff. This is due in large part to the fact that Egosoft is a German development house and their actors were fighting a language barrier. Next time it is our hope that they will hire native English-speakers. It may seem like an insignificant detail to some but having believable voice work would definitely add to the games immersion-factor.

The Aldrin Missions add whole new sectors of space to explore as well as a new mission to undertake, the basic premise being that a previously-lost colony of humans has been discovered and the plan is to reintegrate them into the rest of humanity. Unfortunately for both sides the reunification is not easy and you will be called upon to figure out what or who is trying to stop this from happening.

Overall, X3: Terran Conflict 2.0 – The Aldrin Missions is a fun bundle of epic space simulation for those that do not already own X3: Terran Conflict. If you do own the original version you can simply download the 2.0 update for free at Egosoft’s website. Just remember going in that this is an ‘X’ game and you will need to seriously devote some time to fully-understanding the controls and interface to get the most out of your game. Egosoft has included a one hundred plus pages instruction manual which will help you along your way and I suggest you read it before delving into the game. So check this epic out and really immerse yourself in the material, you will be suprised even if you are not usually a fan of the genre.