At the recent launch of Wrath of the Lich King in Anaheim, CA the other evening, we were given the chance to interview Lead Game Designer Tom Chilton. Tom works with all sorts of game-specifics such as balancing, items, the mail system, and a ton more. Let’s just say he is a very busy guy and we would like to thank him for taking the time to meet with us at such a frenetic event.

GS: How would you describe your experience in developing Wrath over the last couple years?

TC: Well, it started before Burning Crusade shipped actually, we first started our ‘concepting’ and, I remember thinking at the time ‘Oh God, we’re already starting on another expansion when we’re still trying to get this one finished.’ At the same time, it was real exciting to work on because right from the start that there was something special about Lich King. The way the story plays out…the way the features came together, all the new zones, and the Death Knight. I think there was alot of excitement in that we felt this could be even better than Burning Crusade. Overall: Fun, exciting!

See the full interview after the break!
GS: How did the Blizzard infrastructure hold up in the transition to Lich King? Were there any major upgrades that needed to be done?

TC: Well, we did a lot of work on our tools, internally, so that designers would have more power over how to create quests and do new things. For example, our vehicle technology where we knew that we wanted vehicles not only as a feature in pvp but also pve and we also wanted to expand that and use it to do all kinds of new quests that we were never able to do before. One of the things that we have always had in our minds is that while there has to be some ‘kill ten of this’ and ‘collect 5 of that’ kind of quests, we don’t want that to feel like that’s all there is. We really want to make sure that Lich King feels like more than that and so we wanted to make sure there were several new types of quests that we never had gotten to do before.

GS: You have a lot of history in game development. Are there any other genre of games you would like to work on in the future?

TC: For the most part I am focused on WoW. I mean we have other projects in development like Diablo III and an unannounced project that I contribute to, so its really fun to mix it up a bit and put in time on those games also. My biggest passion is with role-playing games but in the past I have been an avid RTS gamer and shooter gamer. I really like games in all forms but for now I can see myself working on WoW and RPGs in the general sense for a while.

GS: And whats the name of the unannounced project (I had to try)?

GS: When you first began working on World of Warcraft, did you have a sense that it would become as popular as it has?

TC: No, to be honest, I really didn’t. I felt like this was going to be the best MMO out there and I kind of figured that we would do well. I would never have guessed a million players, let alone the 11 million players we have now. Its pretty mind blowing.

GS:  What is the current status of in-game player housing?

TC: You know, its a feature we have talked about adding for years before WoW even came out and its always been something where we feel like there are clearly a lot of other games that have done it, but we don’t feel like any of them have done it to the quality we would want to do it…We would want it to feel that it was really well-built into the game but, unfortunately, that means it is a huge task and its something that we really haven’t been able to get to at this point.

GS: How did the concept of in-game motorcycle mounts come about?

TC: [laughs] Well, let’s see. The mechanohog is something that one of our concept guys just kind of drew up and we thought it would be awesome…Its just one of those things where we had to do it. It appeals to our sense of humor and we have done mechanostryders for the Gnomes and we look at things like that which are kind of quirky and off to the side and not exactly what you would expect our of a medieval fantasy universe and try to make sure we find a way to make it looks like it still fits…

GS: Many Paladin-players are upset about the recent nerfing of their protection abilities in order to ‘fix’ the over-powered retribution ones. Do you have anything you would like to tell them?

TC: Well, we definitely still feel like the Paladins are very competitive tanks. We have been really pressed with Lich King to make sure that all of the tanking classes remain viable in all their different specs. Its definitely something that is very important to us to make sure that every tank out there feels like they can generate enough threat, keep the agro, deal respectable damage, that they have the mitigation they need to take on high-end bosses, and we still feel like Paladins are fitting that. Anytime we start to hear that kind of feedback we start to do our own investigations to find out if what they are saying is true or is it some misconception of where they use to be when they were over-powered, that kind of thing. So, we definitely will be doing our own investigations on that and if it proves to be true we will make changes.

GS: Are there any plans to upgrade the visuals of the various Druid forms in the game?

TC: We actually have plans to upgrade the forms, its actually something we talked about back at the Worldwide Invitational. Unfortunately, it didn’t get in at the launch of Lich King but we do have artists which are actively working on it…One thing that we were always leary on in the past and actually caused us to delay on it longer than we would have is that we don’t generally have good experience with changing the way something looks out from under a player. So, we have to be very careful in going down that road and, in this case, what we are looking into doing is providing options for how to look rather than kind of forcing a new model on them…Believe it or not, there are plenty of Druids our there who are perfectly happy with the way they look and we don’t want to upset all of them in the process…

We would like to thank Tom Chilton again as well as the rest of the Blizzard staff on-hand at the launch event who made this interview possible. 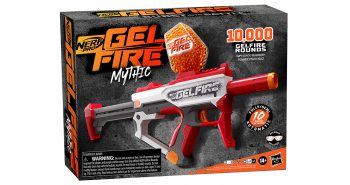