Microsoft’s Sidewinder line of gaming peripherals has recently undergone a transformation. It initially started with the Sidewinder Mouse and has grown substantially with the release of their X5 and X6 products, not to mention the announcement of the X8.

The X6 gaming keyboard has an ominous, black plastic design with a red back lighting that has to be seen in person to get the full effect. It features two rotary knobs at the back right of the layout: one controls the brightness of the back lighting and the other controls the volume. These rotary knobs actually work a ton better than standard buttons to control lighting and volume as they feel responsive and accurate.

An aspect of this keyboard which I did not find to be at my level of expectation was the keys themselves. I have gotten spoiled by other keyboard on the market with rubberized keys and miss them here.

The keys are a hard plastic that do not feel like they belong. Thankfully, their action is nice with a good spring-back. If I had to suggest another feature on the next version of this keyboard, it would be to add a USB and audio port pass-through, something that is featured on many other keyboards in this price range.

The numeric keypad can be placed on either the right or left side of the keyboard and is held in place by some curiously strong magnets. At first I did not think this would be a useful feature, me being a right-handed person. However, as I placed the keyboard on my desk I realized I could make my workspace more comfortable by having the alphabetic keys closer to my mouse (instead of the numeric pad). Hence, I swapped the numeric pad and have realized the joys of having such a feature. Its just not for ‘lefties’ anymore!

Aside from its style, the bread and butter of this keyboard are its macro controls. The X6 features a multitude of ways to record and assign macros. The first being the 30 macro keys which are all programmable. These include the six dual-function vertical keys to the left of the alphabetic keypad as well as the entire numeric keypad (yes it does double duty: number and macros). The next is the button which enables to record macros on-the-fly, even while inside a video game.

You press this button, located along the top of the keyboard and then press the series of keys (up to four) you want it to remember. Finally, there is the keyboard’s ‘Cruise Control’ functionality, where you hold down the cruise control button and press a single key you wish to spam to your PC. Then release the cruise control button and it will go to work sending that key signal as if you were holding it down. Say you would like to auto-run in a shooter which does not feature such a key. Simply press the cruise control down, tap ‘w’ and release. Your character will continue running forward until you press any other key.

Overall, this is a great addition to the Microsoft Sidewinder line-up. While there are still has a few issues that need to be addressed, such as the lack of a USB pass-through, its macro-capabilities and stylish design make it a very viable contender in its weight class. The keyboard retails for $79.95 and is available now. 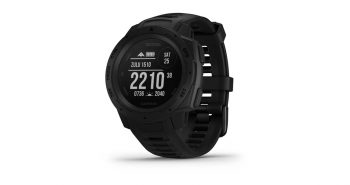