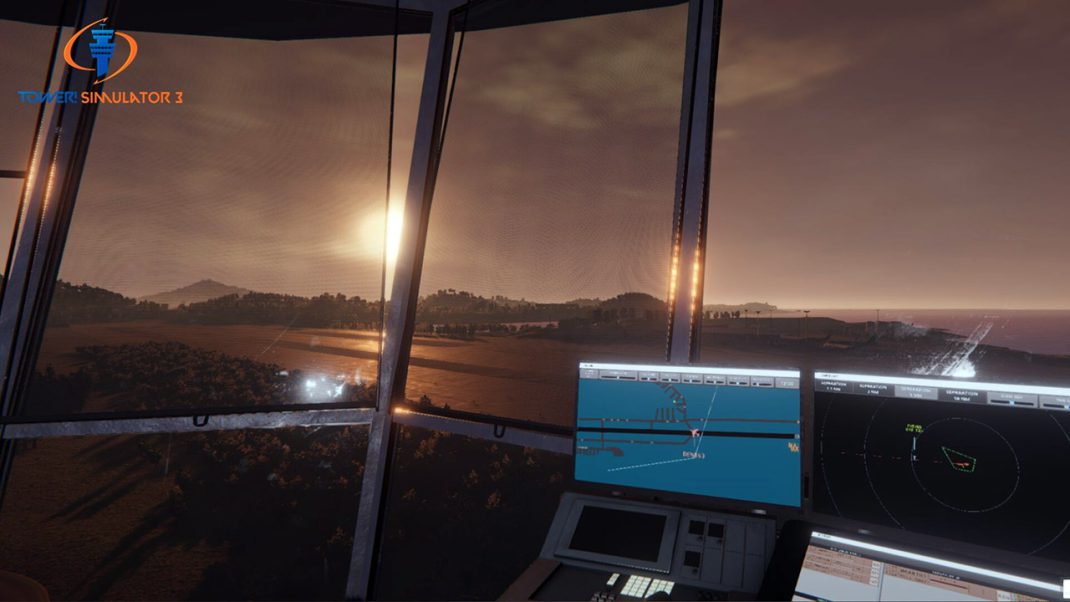 Indie game developer and simulation specialist FeelThere is proud to introduce the worldwide release of Tower! Simulator 3 – the latest generation of air traffic control (ATC) simulation games featuring unparalleled immersion. Available on PC STEAM™ and directly from the developer website, Tower! Simulator 3 offers advanced voice recognition, custom-modeled and highly detailed airports, state-of-the-art lighting, geometry, and textures. A successor to the critically acclaimed Tower! series of simulation games, Tower! Simulator 3 enables you to control planes to and from the active runway or watch them take off and land from the tower. Raising the bar and setting the gold standard for air traffic control simulation, the game was designed to allow aviation fans, enthusiasts, ATC students, and anyone interested in air traffic control to play and practice controlling from their living room.

Tower! Simulator 3 offers an impressive showcase of cutting-edge technology, such as ultra-high-resolution imagery and an entirely rewritten weather system. Catering to simulation specialists and advanced players, the game is suitable as a training tool for universities, students, and ATC centers. With the support and feedback from a network of aviation professionals, such as the Department of Aviation of Hampton University, the game continues to impress with its realism.

Tower! Simulator 3 features many impressive features, such as detailed real-world locations, using Open Street Map that makes it possible to model most of the surrounding area with incredible detail with amazing realistic lighting, simulated in real-time, much like the technology used by movie studios. While some airports are available in the base download, others will be available separately. Included is the Raleigh-Durham (KRDU) airport in North Carolina. It has a main runway (5L-23R), a parallel runway (5R-23L), and a short runway (14-32) to serve its fluid regional traffic. Another all-time favorite included is the St. Thomas Cyril E. King International Airport (TIST), with a single runway (10-28) but with the spectacular natural surroundings of a Caribbean Island; many more are included as well. The ground radar has been improved with a modern look and feel, rendered in glorious 3D, allowing the player to enjoy the entire airport and the ability to zoom into specific areas on selected screens. The strips are now paperless. It’s your choice to move and edit them to your liking. Each airport can have a customizable digital strip display designed to look and operate like an analog stripboard. This will be a significant change with substantial benefits, making it easier for controllers to handle the traffic.

FeelThere is committed to improving the game by adding new features and more content over time; the plan is to add 2-3 new airports to the base game at no charge and make available additional airports as optional purchases. The growing community of players have some great ideas and excellent feedback always taken into consideration when new updates and patches are released to the public.

Tower! Simulator 3 is available via STEAM™
https://store.steampowered.com/app/2176130/Tower_Simulator_3/
A series of optional addons have already been released, adding even more content and cool features to the game, and a dedicated playlist of tutorial videos is available via YouTube.