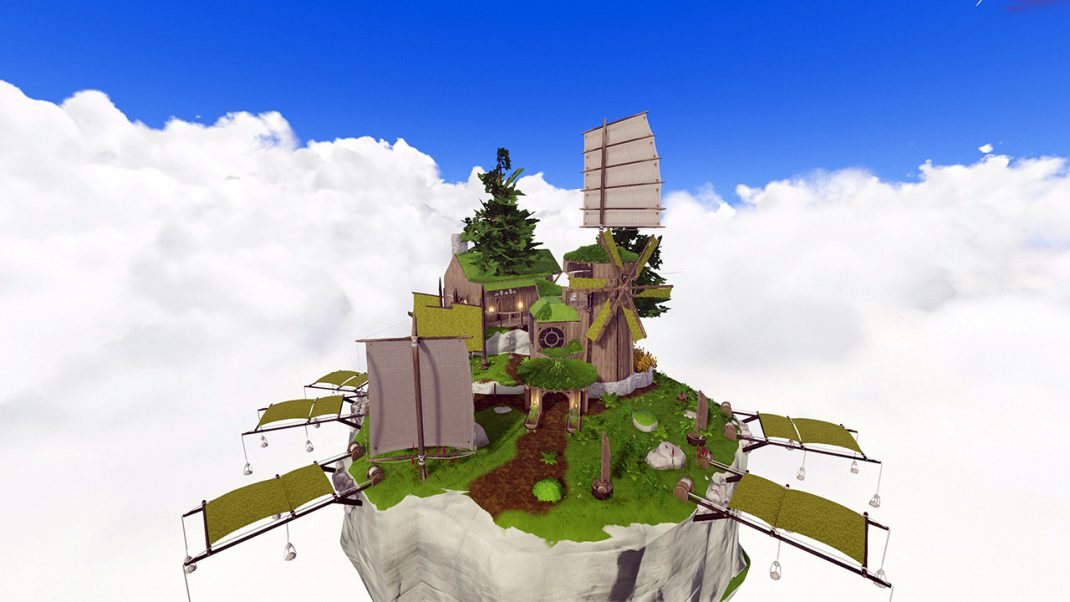 Developer Astrolabe Interactive has announced that a new demo update for co-op floating island survival sandbox game Aloft is now available on PC via Steam in celebration of the platform’s Base Builder and Games From Quebec Festivals. The award-winning title is slated for launch on the platform early next year.

The demo update arrives after a year of remarkable achievements and community milestones for the title. In addition to earning distinction as a finalist in Ubisoft’s Indie Series 2022, a finalist in Gamescom 2022’s Big Indie Pitch, and an honorable mention in the Indie Cup Canada 2022 awards, Aloft has captivated Steam players with over 32,000 demo users (with an average playtime of 2 hours each), more than 300 video and streams with over 3 million views across YouTube and Twitch, more than 1,300 Discord community members, and nearly 50,000 organic Steam wishlists since June 2022 – no small feat for an independently developed title!

In Aloft, players must survive on islands floating around an eternal hurricane sitting at the center of their world. After building a base and calling any of these islands home, would-be adventurers can outfit their enclave with sails to travel the winds so that they may discover new territories and collect resources, technologies, and equipment upgrades. On their journey, travelers must cleanse nature of dangerous fungi that contaminate flora and corrupt wildlife in order to free and heal the ecosystem from harm. As they make progress on their expedition through the sky, players will uncover the secrets of a lost civilization and find their origins by soaring to the highest altitudes of this mysterious new realm.

“Our team is honored for the accolades Aloft has received from esteemed members of the industry so far. It is a testament to the game’s sense of wonder, ingenuity, and unbridled fun,” says Manuel, CEO of Astrolabe Interactive. “We are excited to participate in more Steam festivals this year to show off all the improvements we have made to Aloft’s popular demo since its debut last summer. Get ready to set sail on an overhauled floating island adventure.”

The final version of Aloft will include the following key features:

A free demo for Aloft is now available for PC via Steam. The game will launch on the platform in early 2024. To keep up to date with the latest information on the title, please join our Discord community, like us on Facebook, follow us on Twitter, follow us on Instagram, visit our website, and visit the game’s Steam page.