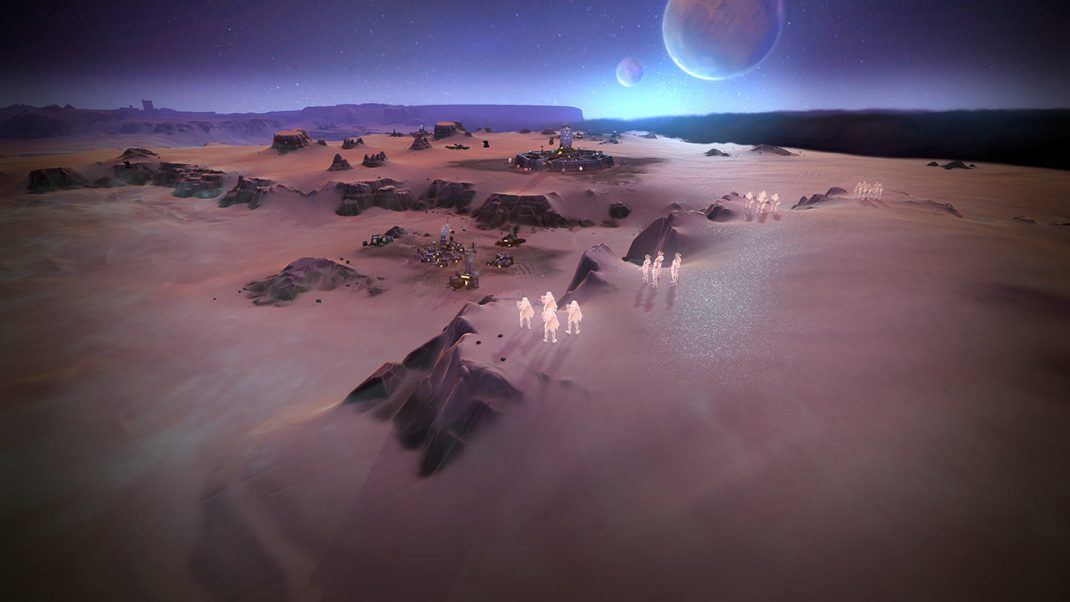 Dune: Spice Wars Gets Line in the Sand Update

Dune: Spice Wars, the 4X real-time strategy game from Northgard developer Shiro Games and co-publisher Funcom, continues to expand with today’s major Line in the Sand Update. Shiro Games have added a huge amount of content since the beginning of its prolific Early Access phase, including multiplayer, a new faction, flying units, new buildings, and much more.

Today’s update adds and improves content across the board, including many requests by the community. Players can now review and flaunt their performance through an entirely new and highly requested feature – an end of game stats board. Military units have also been rebalanced and received major AI improvements.

Additionally, map generation and starting spawns have been improved to create fairer game starts, and a Landsraad bar has been added that shows the various phases of the intricate system, making them easier to track. Moreover, there are new regions, military gear, village traits, spying operations, and councilor reworks, just to name a few.

Made with the fan of the Dune universe’s intrigue in mind, Dune: Spice Wars provides the perfect theater for the dramatic tension of Great Houses vying for control of the spice. Lead your favorite faction and unfold your plan, striking when they least expect it.

Dune: Spice Wars will release out of Early Access this year. Experience the unique combination of 4X and real-time strategy gameplay with friends or solo. Discover more on https://spicewars.dunegames.com.