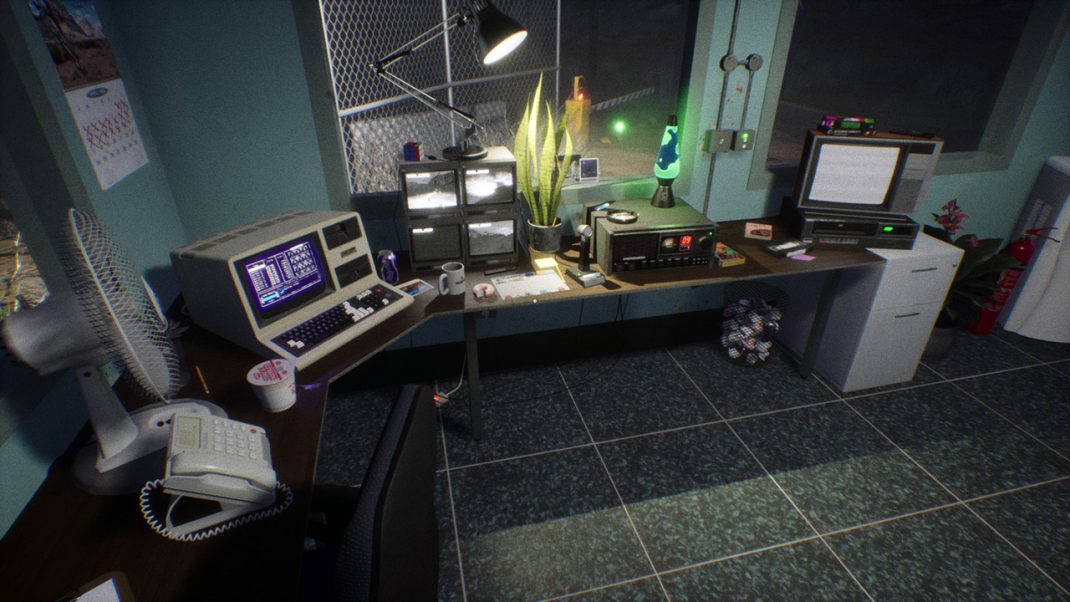 Completing a word search, having a nice snack or watching the security cameras — it’s all in a day’s work as The Barclay Institute’s night shift security guard. What starts as a normal day on the same old job, takes a turn for the worse in Developer Fear of Corn’s thriller Interference: Dead Air set to release on Steam on February 2nd, 2023. Unfortunately, security guards don’t make a lot of cash so no one will really blame players that want to goof off a little.

Interference: Dead Air is a narrative-driven science fiction thriller set completely inside a small security booth at a mysterious institute in the middle of the desert. As security guard it’s up to you to keep an eye on things inside and outside of The Barclay Institute. When the building is suddenly overrun by enemies, players will have to make some difficult decisions (or no decisions at all) to save the scientists trapped inside (or not).

Players will have a few things motivating them throughout the game including radio conversations with their best friend, a scientist currently inside The Barclay Institute. Juggle these radio conversations, track dangers on your map board and reroute power throughout the facility. If the stress becomes too much, players can always go back to goofing off and listening to the 80s synth jams on the FM radio.

While each playthrough is only about 20 minutes long, the game’s branching narrative will make it so that no two playthroughs will be exactly alike. Jump in again and try something different. Maybe save a few folks the second time around instead of watching TV. Or do absolutely nothing. We get it.