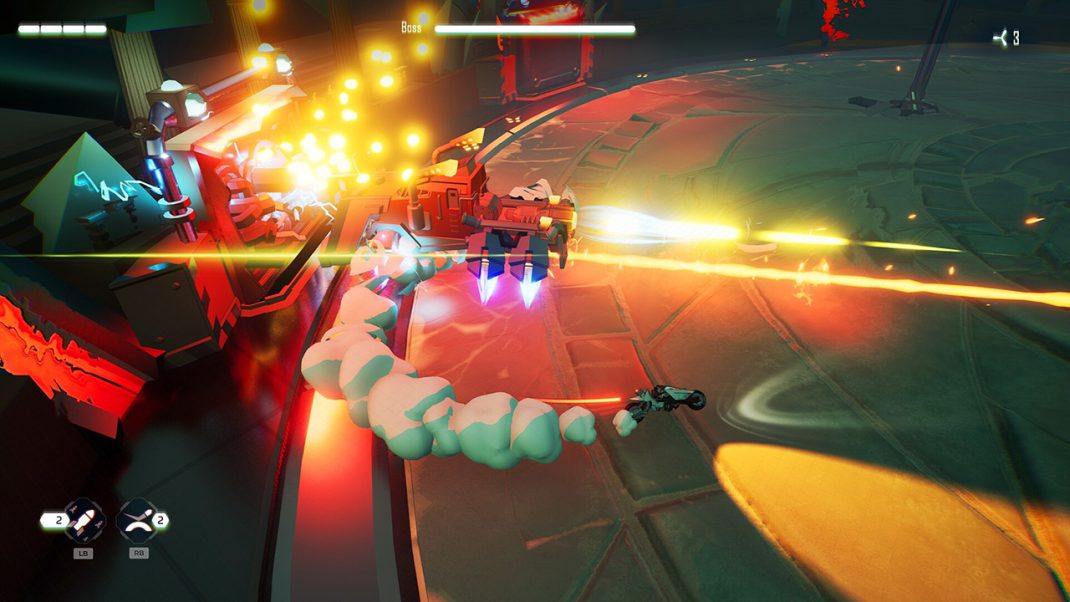 Today, developer Heart Core LTD is excited to announce that its story-driven cyber-bike action-game, Gripper, is coming soon to Windows PC and Nintendo Switch. Brought to life by a talented development team whose credits include Assassin’s Creed Valhalla and Rainbow Six Siege, Gripper is a story-driven action game on wheels, featuring furious, dark synth tracks, emotionally charged storytelling, and an explosive cyberpunk setting that is sure to excite and delight.

In Gripper, players enter the burnout seat as None, a cyber biker who is stuck inside a collapsing world. Long-separated from his parents, None is jolted back into their lives and forced to save the world from the AI known as Zero. To do so he must race through post-apocalyptic landscapes connected by treacherous tunnels, explore dead lands with the help of his mechanized cat buddy Cat-Kit, and ultimately defeat relentless bosses by gripping and ripping out their hearts.

“We’re eager to get players into the exciting world of Gripper so that they can experience the engaging emotional core and enthralling action that we’ve been working on for the past few years,” said Heart Core LTD co-founder Kirill Zolovkin. “To be so close to launch is a joy and we’re looking to challenge players both with the game’s dynamic bosses, and with the overarching story of love, loss and attempting to overcome grief.”

Gripper’s core gameplay loop consists of three phases: the Main Hub, Tunnels, and Boss Fights. The Main Hub is where players go to upgrade and customize their bikes, install consumables for the upcoming battle, and perhaps most importantly, talk to the adorably intense companion, Cat-Kit. Tunnels feature riding and sliding action set to catchy synthetic beats inspired by the work of Carpenter Brut. Lastly, the Boss Fights feature colossal enemy mechs that symbolize the different stages of grief and each one has a different weak spot that requires a unique approach to survive. By learning the best strategies for each part of the game, players can help set the world right, defeat the great evil of Zero, and even have a chance at saving their parents.