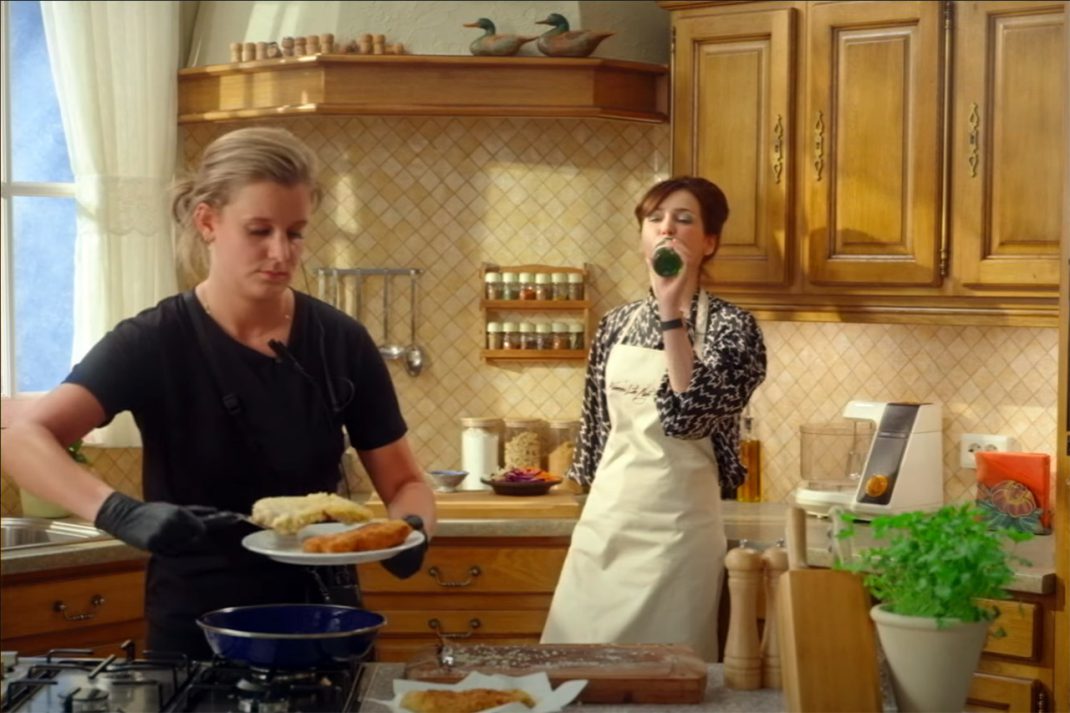 In the leadup to the release of Wanted: Dead on February 14th, 110 Industries have released four new episodes of the in-universe cooking show, Vivienne’s Late Night Chow, on YouTube. The series stars Stephanie Joosten as Vivienne Niemantsverdriet, who appears as a master gunsmith in Wanted: Dead, but has had a very colourful former life as an olympic medalist turned celebrity chef.

These old VHS tapes give us a glimpse into a character that quit cooking and started assembling things that go boom, as well as the retro-futuristic universe in which Wanted: Dead is set. Of course, they’ll also show you how to make a cheesy lasagne, a sweet berry crumble, an ebi fry and pork tonkatsu. Players looking for more cooking tips can look forward to enjoying the last episode in the Vivienne’s Late Night Chow series on February 14th.

Wanted: Dead is a third-person action love letter to the sixth generation of videogame consoles, due to release on PC, Xbox and PlayStation on Valentine’s Day 2023. The game combines skill-based sword combat, third-person cover shooting and cool finishers that allow you to supplement substance with bloody and brutal style.

Developed by the talent that created Ninja Gaiden, Wanted: Dead carries that series’ hardcore DNA, with intelligent enemies pushing you to master the game’s systems. Wanted: Dead forces players to learn how to use combos, parries and the other tools it gives you to full effect to overcome the inevitable ass-kickings the game will be dishing out. The reward will be aesthetically pleasing bouts of blood and violence and the sense of satisfaction that comes with becoming a flawless fighting machine.