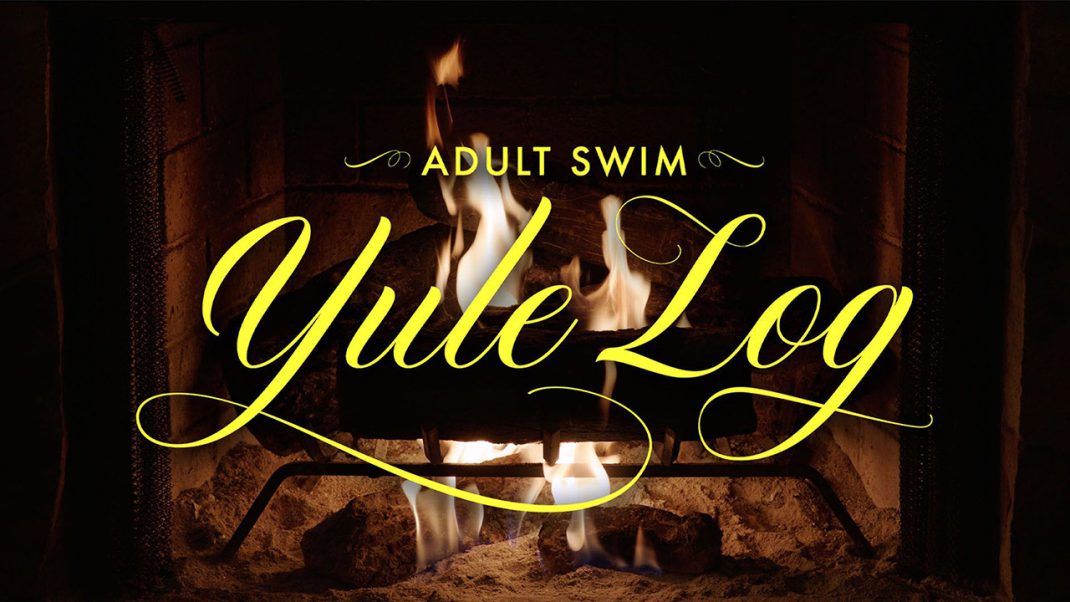 “At this time of year, it’s nice to recognize the people important to you, and for us, that’s Adult Swim fans,” said Michael Ouweleen, president of Adult Swim and Cartoon Network. “We hope they enjoyed this gift that literally no one knew they wanted.”

Described only as a “cozy crackling fire,” viewers were forewarned that the TV-MA yule log contained “violence, adult language, and brief nudity.” After beginning with festive fireplace visual and holiday music, “Adult Swim Yule Log” gives way to unfolding a pulse-pounding story set within a remote cabin in which a mysterious and deadly fireplace constantly burns. Filled with mind-bending twists and a bizarre cast of characters, “Adult Swim Yule Log” welcomes viewers into a surreal, genre-defying thriller.

Kelly explains: “Last year during the holidays I was watching a yule log video and suddenly I had an image of legs walking past the fire, just slightly out of focus, and hearing dialogue off screen. I loved the mysteriousness of that, and a story started to form. I’m so grateful to Adult Swim for taking the plunge with me, and I’m so proud to have made their first live-action film!”

The end credits song “The Fireplace” was performed by Puddles Pity Party and composed by “Too Many Cooks” scribe Shawn Coleman with lyrics by Kelly. It will be released by WaterTower Music and will be available on Spotify, Apple Music, and all digital streaming services beginning tomorrow.