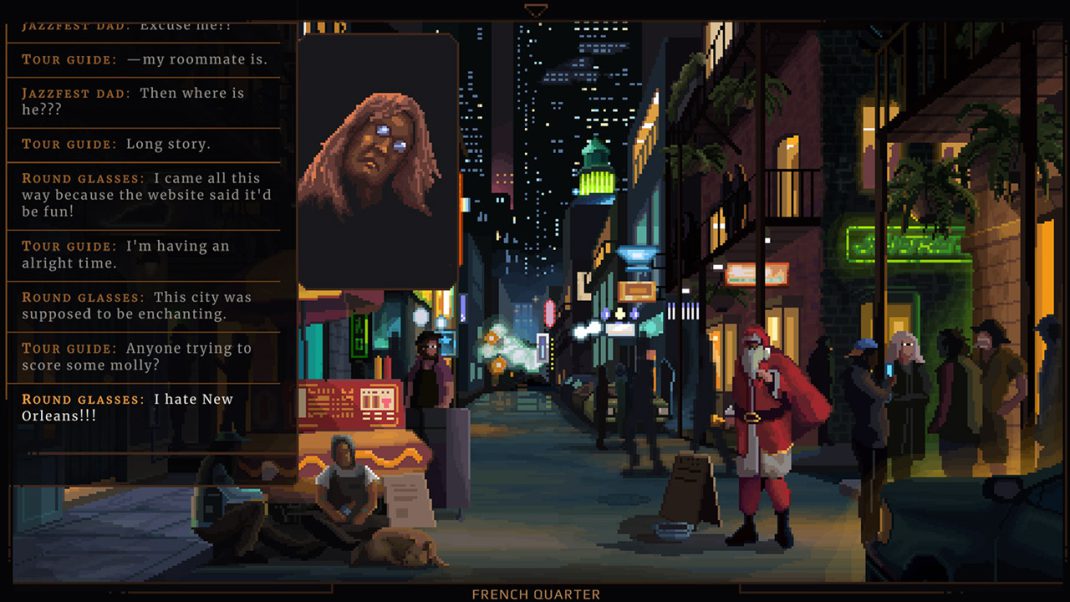 One of this year’s must-play experiences, winner of the first-ever Tribeca Games Award and nominated for Best Indie Debut at this year’s The Game Awards, NORCO has players searching for their missing brother in the aftermath of their mother’s death in a gritty, dystopian version of South Louisiana. Team up with a fugitive android, a bayou pirate, a barstool private detective and other eccentrics to solve puzzles and explore the sinking suburbs, dilapidated strip malls, and verdant industrial swamps of Louisiana’s petrochemical hinterlands.

Heavily inspired by the titular town of Norco, Louisiana, Geography of Robots has blended true stories and personal history with inspirations from Southern Gothic literature and pulp fiction to create a uniquely gripping experience. NORCO features richly detailed cinematic pixel art, plus a captivating original soundtrack with music from Gewgawly I and Southern metal band THOU.