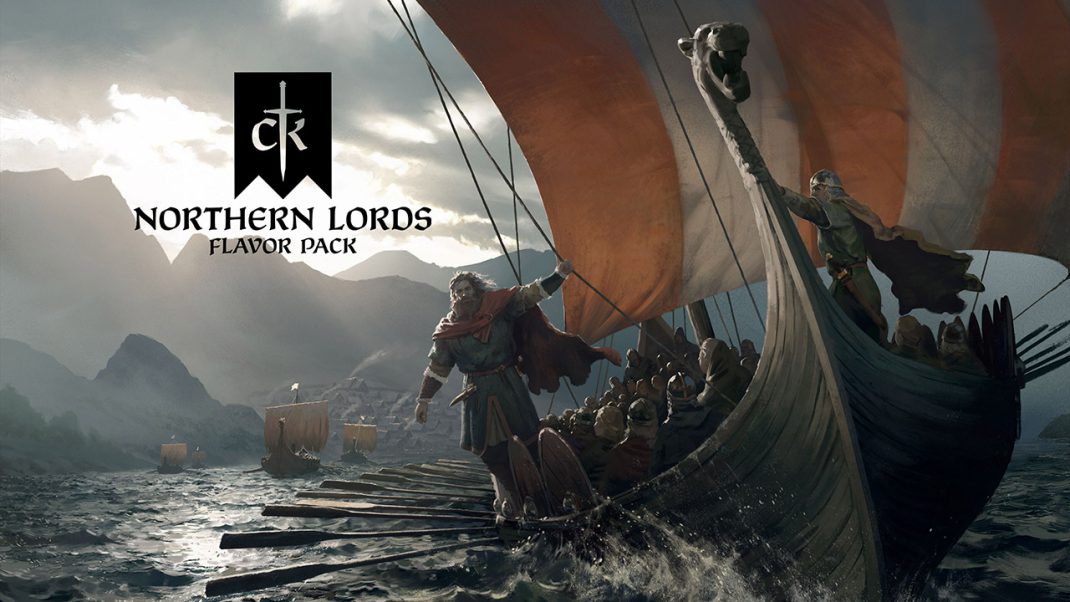 Live the life of a viking adventurer or Norse chieftain in Northern Lords, a flavor pack for Crusader Kings III now available on Xbox Series X|S and Playstation® 5 consoles. Write new histories of northern Europe through new events and character options that bring the hardy life of medieval Scandinavia to your TV screens.

Crusader Kings III, Paradox Interactive’s best-selling medieval strategy role-playing game, casts you as the ruler of a royal dynasty that you must guide through the centuries, changing your player character and your strategies as rulers die and their heirs take control. Northern Lords, the first flavor pack for Crusader Kings III, gives special attention to one of the game’s most popular regions – the homeland of Paradox itself.

This release is accompanied by a free update to Crusader Kings III on console that includes the highly anticipated Ruler Designer – a tool that allows players to create unique starting characters so they can more easily explore how different personalities or interesting combinations of character traits can transform the types of stories that they usually tell.