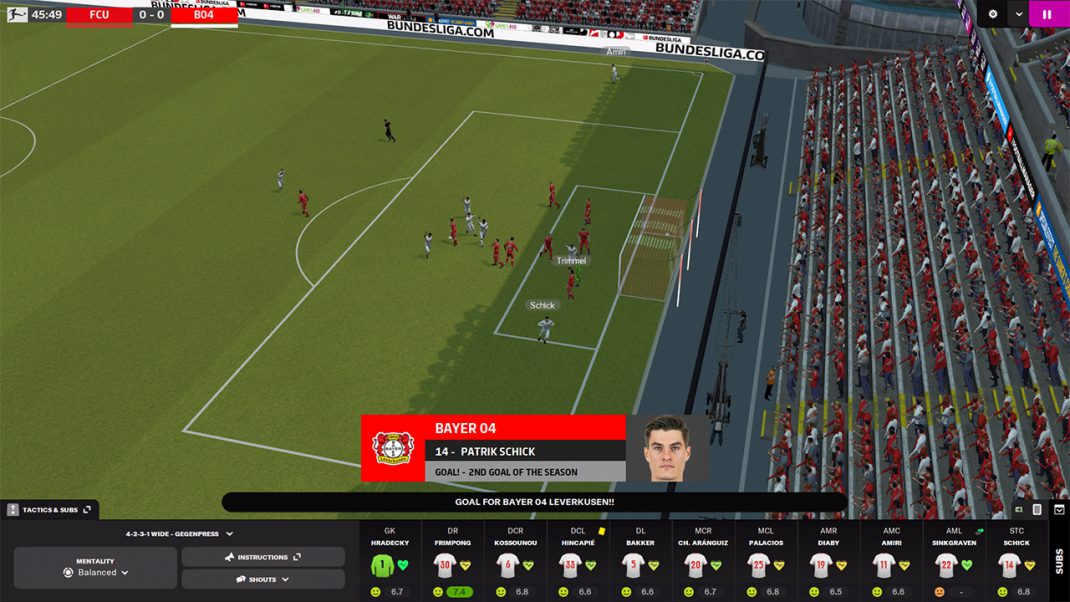 Managers won’t just meet expectations this season, they’ll crush them with Football Manager 2023 out now across multiple platforms. FM23 on PC and Mac is available from Steam, Epic and the Microsoft Store with fans able to download and play now. Those who have been enjoying the FM23 Early Access Beta on Steam or Epic can simply quit and restart the relevant launcher and the game will update to the full release build. All single-player progress made in the Early Access Beta will automatically carry forward.

Fans purchasing physical copies of FM23 will notice that this year’s edition does not include a disc. Instead, every pack contains a unique code that, once redeemed, enables play via Steam, Epic Games or the Microsoft Store. Removing the disc and notebook from this year’s edition, in addition to further refinements to our eco-packaging, means that the overall carbon footprint for FM23’s packaging is 47% lower than FM22’s.

To mark the release of FM23, Sports Interactive has released a launch trailer featuring Manchester City stars Rodri, Phil Foden and İlkay Gündoğan that showcases the ways a manager can elevate their squads and deliver success on the pitch for their club’s fans.

“More than 8.8 million matches were played during the Early Access Beta and with strong pre-order and pre-registration interest shown across our whole range, we’re sure that FM23 will continue our tradition of providing the best value-for-money games on the market.”

With major additions and improvements to core areas of the game, FM23 elevates the long-running series to new heights.

Today also marks a debut for the Football Manager franchise, with FM23 Touch stepping out on to the pitch through Apple Arcade.

Following last year’s success, FM23 and FM23 Console are available with Xbox Game Pass from launch. As such, all Xbox Game Pass subscribers can start their careers on PC or Console* from Day One at no extra cost. Completing the squad for this season, FM23 Mobile is now available for download from the App Store and Google Play and Football Manager 2023 Touch (Nintendo Switch™) is also now live on the Nintendo eShop. Those who pre-ordered on iOS devices will be able to play immediately.

The release of the PlayStation 5 version of Football Manager™ 2023 Console will be later than planned due to unforeseen complications which have arisen during the submissions and approvals process. SEGA and Sports Interactive will update on this matter at the earliest opportunity.

For further information on FM23 across all platforms, visit www.footballmanager.com