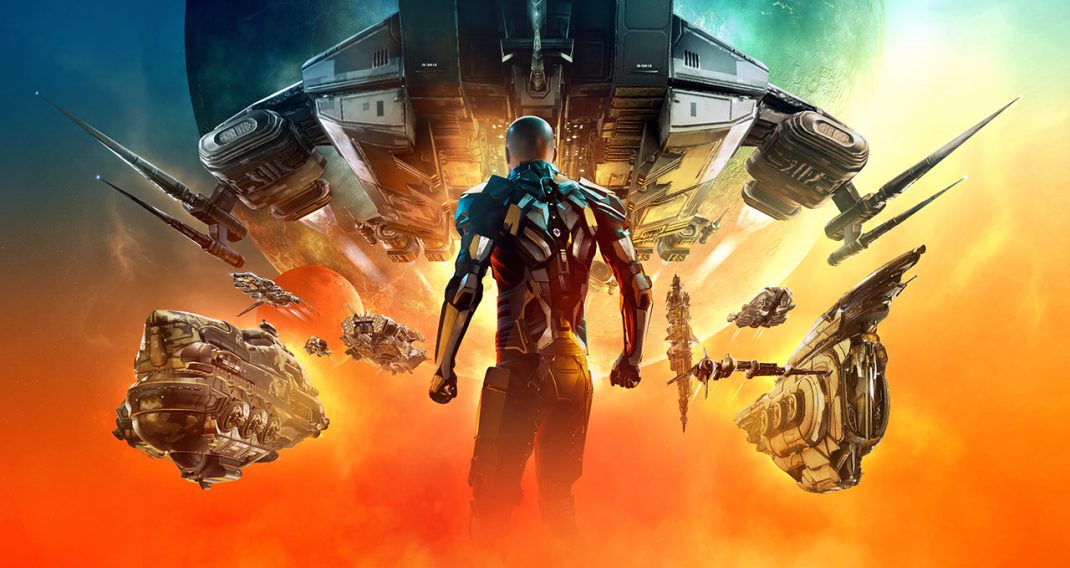 CCP Games today launched EVE: Uprising, the latest narrative-driven expansion for spacefaring MMO EVE Online. Following months of construction by the Amarr empire, an activated Prototype Stellar Transmuter in the Turnur system has destabilized, its unstable technology triggering the fury of its system’s sun to scorch an entire planet. In the aftermath of the inferno, the intrepid pilots of New Eden must rally to determine the future of EVE Online’s empires. Fly your colors and fight on the frontlines to expand your faction’s reach across the stars.

“Our goal with EVE: Uprising is to give our community more control over New Eden’s vast solar systems and strengthen their connection to others, whether they are NPC groups or fellow capsuleers,” said Bergur Finnbogason, EVE Online’s Creative Director. “The decisions that you, your friends and your rivals make, will set the course for EVE’s future. Every in-game action and reaction holds weight, contributing to a domino effect of gripping outcomes.”

The future of war rests in the hands of New Eden’s capsuleers with a combat-intense update to Factional Warfare (FW). As battle lines are drawn, players can use new Frontline and Advantage features within FW to focus their efforts towards key, emerging conflicts where history will be written once more. With three operational states (Frontlines, Command Operations or Rearguard), systems now provide a range of rewards dependent on their proximity to enemy territory as well as gameplay properties which affect the field of battle. By conquering enemy territory, the Advantage feature allows players to give their chosen faction an edge in the warzone; from building propaganda structures to completing system-based activities, the more involved your faction is the greater the victory. As FW evolves, players will see the battlefield of New Eden pose new challenges, threats and unexpected consequences.

Unlocking a bright future for personalization through the new Paragon Corporation, pilots can add a variety of alliance and corporation emblems to decorate their ships and fly their colors via the first phase of the Heraldry system. Players interested in displaying their alliance or corporation emblems on hulls can locate Paragon Corporation agents at designated stations throughout EVE Online’s busiest trade systems. Emblems are obtained via an exchange system, where players submit crafted hulls for their emblem of choice.

In anticipation of the war to come, empires have ramped up their innovation on the production line. Eager pilots can now build hulls for new destroyers and dreadnaughts across each empire, totaling 8 new ships in addition to the 8 frigates and battlecruisers released last month. You can admire your ships in new visually-immersive hangars within certain player-owned structures, showcasing a new level of graphical fidelity for EVE Online.

EVE: Uprising also includes a range of other improvements to sound and visuals across the board. With the latest iteration to EVE Evolved, players will hear refined turret audio and soundtracks for FW sites, plus benefit from AMD FidelityFX Super Resolution 1.0 and the addition of Object Instancing and Ambient Occlusion. With today’s launch of a dedicated Spanish-language client, players from around the world can now benefit from fully localized audio and text across EVE Online.

From smoother frame-rates and new localization options, to improved shading and rendering across all EVE assets, there has never been a better time to jump-in and explore the universe of New Eden.

Further information about EVE: Uprising, Factional Warfare feature updates, Navy ships, and more can be found in this blog post.