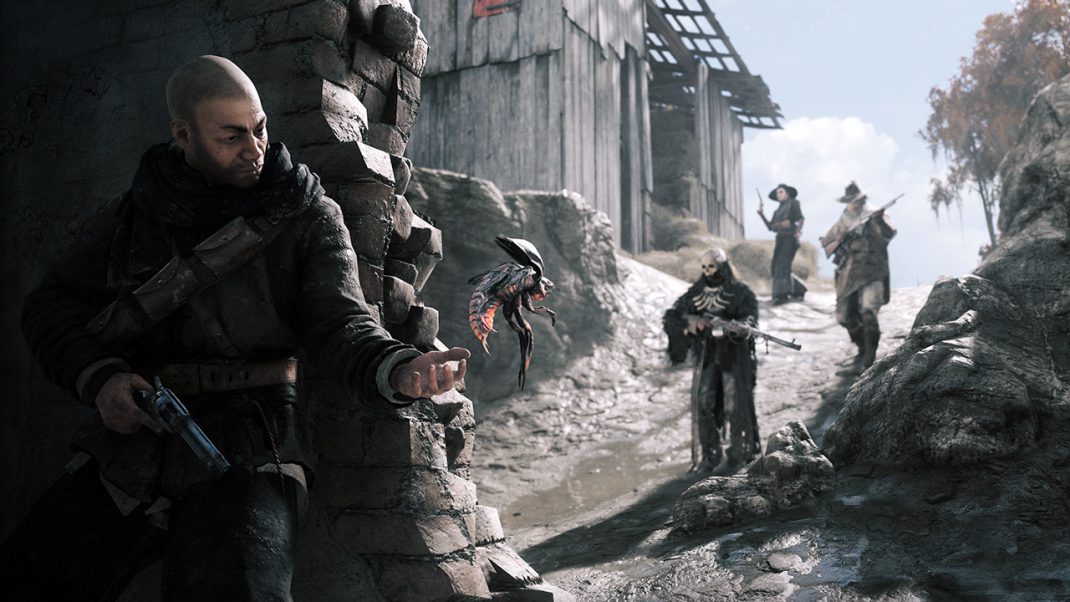 “As the protectors of their keepers, the Stalker Beetles are bred to serve in both exploration and combat. They can also sacrifice themselves to cause an explosion that wounds any living being in their proximity.”

The Stalker Beetle is a strategic sandbox tool that can be used in many ways – to peek behind walls, scout ahead before entering compounds… its uses are nearly limitless! Certain active traits will also apply their effects to the Stalker Beetle, which will provide players with tons of new tactical options.

Update 1.10 also adds the new Questline system to the game. Various Questlines will be offered periodically throughout the year, allowing players to earn exclusive in-game rewards by completing different objectives. The first Questline, “Billy & the Stalker Beetle,” is available via Twitch Drops. Users who watch qualifying Hunt Twitch streams for 60 minutes will unlock the Questline token.

The Twitch Drops campaign will run from October 12-20. Anyone can take part and stream, and there will be an exclusive reward (Bloodshot – a Hand Crossbow) available via watching the Night of the Hunter streams. Additional rewards include the Billy story, a rare Legendary Hunter who was only available in 2020 via Twitch Drops, plus the first of the game’s weapon charms and much more.

Players can read more about Update 1.10, including the complete list of fixes and upgrades, by visiting www.huntshowdown.com.

Hunt: Showdown is a competitive first-person bounty hunting game that packs the thrill of survival games into a match-based format. Set in Louisiana in 1895, the game boasts a mixture of PvP and PvE elements that creates a uniquely tense experience. It’s not just the creatures who are a threat—it’s every Hunter on the map. In the classic game mode, a match of Hunt pits 12 players—playing solo or in teams of two or three —against each other as they race to take out gruesome beasts for a bounty they must collect and get off of the map. Hunt‘s quickplay mode offers a shorter match for solo players to scavenge for weapons as they compete for a diminishing pool of bounty. The higher the risk, the higher the reward–but a single mistake could cost everything. Hunt is available now on Steam, PlayStation and Xbox. For more information, visit www.huntshowdown.com.