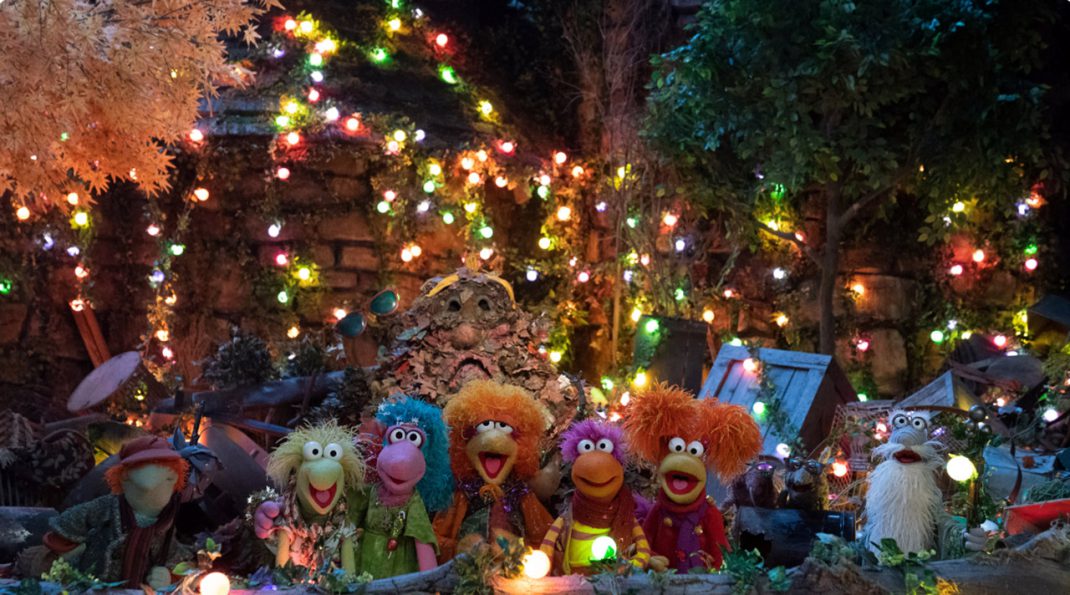 Fraggle Rock: Back to the Rock Night of the Lights Holiday Special

It’s the Night of the Lights, the most Fraggily holiday of the year, and the Rock is filled with songs and cheer. When Jamdolin (voiced by Emmy Award nominee Daveed Diggs, “Hamilton”) encourages Wembley to make a special wish, the Fraggle head out on an adventure to find the brightest light and, maybe, the true meaning of the holiday. Jim Henson’s fun-loving and musical Fraggles — Gobo, Red, Wembley, Mokey, Boober and new Fraggle friends — have returned for all new adventures about the magic that happens when we celebrate and care for our interconnected world. From The Jim Henson Company, the series is executive produced by Lisa Henson, Halle Stanford, John Tartaglia, Matt Fusfeld and Alex Cuthbertson; Dave Goelz and Karen Prell co-executive produce; Harvey Mason Jr. is the executive music producer. The special is produced by Ritamarie Peruggi.