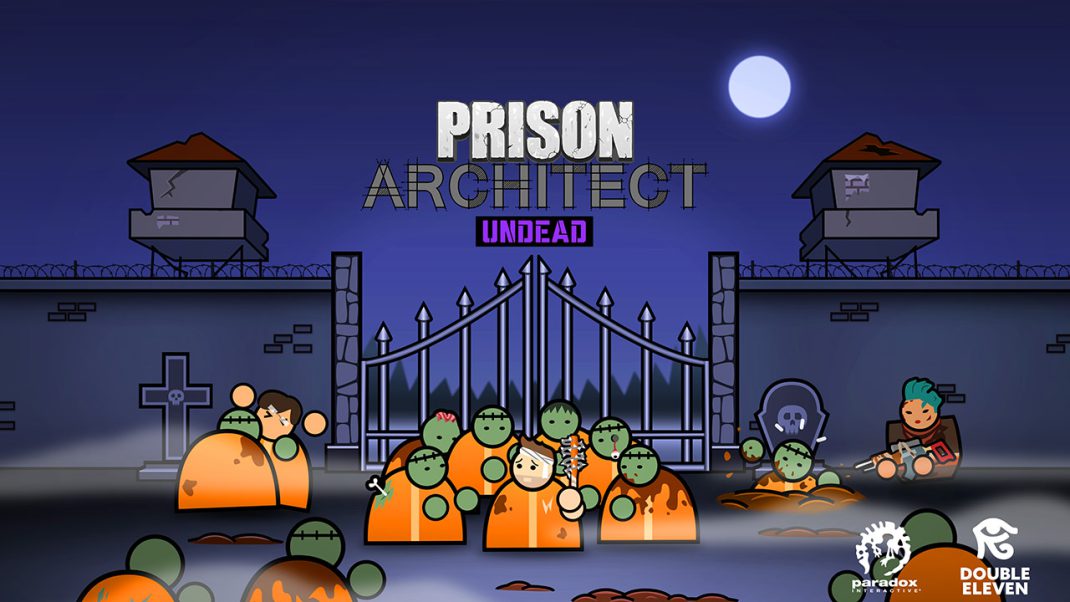 Paradox Interactive and Double Eleven today launched Prison Architect: Undead, the eighth expansion for the hit prison management simulator. Just in time for Halloween, players can add a horror-filled objective to their management gameplay in keeping an infectious spread at bay and your prison alive. Prison Architect: Undead is available now for PC, Xbox One, and PlayStation 4 for a suggested retail price of 2.99 USD / 2.09 GBP / 2.99 EUR.

Undead introduces a straightforward survival element to gameplay that is easy to grasp but presents a worthwhile challenge to manage and master. By placing a Graveyard Quick Room in their prisons, players spawn the Undead that will crawl their way out of the ground. This unrelenting horde spreads their infection to other prisoners at a fast pace by getting them sick or biting them. Use every tool at your disposal to stop, drop, and roll heads of these walking corpses. If you need backup, call in reinforcements in the form of Bounty Hunters.

Undead is also available with Escape Mode, meaning players themselves can fight for survival to ward off the Undead and get out of prison.