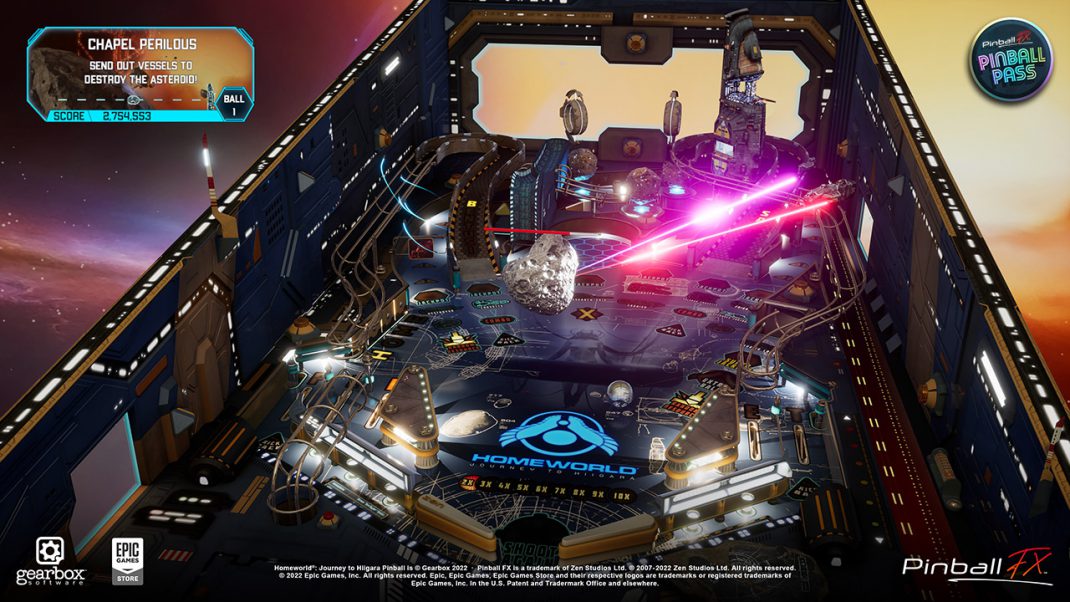 One of gaming’s most renowned franchises comes to life in digital pinball form for the first time today! “Homeworld®: Journey to Hiigara Pinball,” the new table based on the epic series which redefined real-time strategy action when it first debuted in 1999, is out now for Pinball FX as DLC via the Epic Games Store for $5.49 and as a free download for Pinball Pass subscribers.

“As we prepare to launch Homeworld 3 in the first half of 2023, we’re thinking deeply about the legacy of Homeworld and want to generate new, exciting connections to the overall brand with an audience that has loved this series for more than 20 years,” said Sean Haran, Chief Business Officer of Gearbox Entertainment Company. “Zen Studios approached us with the idea for ‘Homeworld: Journey to Hiigara Pinball,’ and we knew they were onto something. It’s our hope that players both new and old to the Homeworld universe can see the level of detail put into every aspect of this beautifully designed table and celebrate the legacy of this franchise with us each time they play.”

Use your pinball skills and tactics to build up a fleet of spaceships and carry out daring missions inspired by the legendary Homeworld saga. Lead your armada in thrilling battles and pull off stellar high-score maneuvers to earn astronomical jackpots.

Pinball FX is free to download in early access for PC on the Epic Games Store and is expected to officially launch later this year. Keep up with the latest updates, weekly challenges and grand tournaments by visiting www.PinballFX.com and following the team on Twitter, Instagram and YouTube.