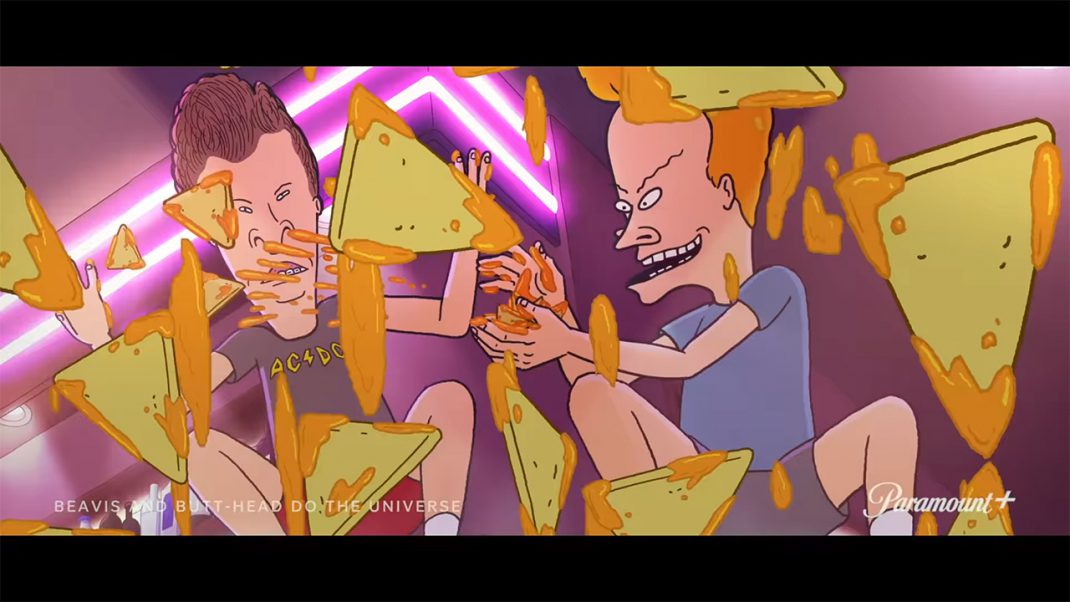 Paramount+ today revealed a first look clip from MIKE JUDGE’S BEAVIS AND BUTT-HEAD during the upcoming series’ San Diego Comic-Con panel. Beavis and Butt-Head are back and stupider than ever in MIKE JUDGE’S BEAVIS AND BUTT-HEAD, which features the iconic duo’s first original episodes in over 10 years. The original series will premiere on the service Thursday, August 4 in the U.S. and will also be available to stream internationally in all territories where the service is available.

From creator Mike Judge and MTV Entertainment Studios, the new series follows on the heels of the recently released and critically acclaimed Paramount+ original film BEAVIS AND BUTT-HEAD DO THE UNIVERSE, which is now available to stream. The service also hosts the 1996 classic movie “Beavis and Butt-Head Do America,” as well as remastered versions of the classic series, with the full library available soon.