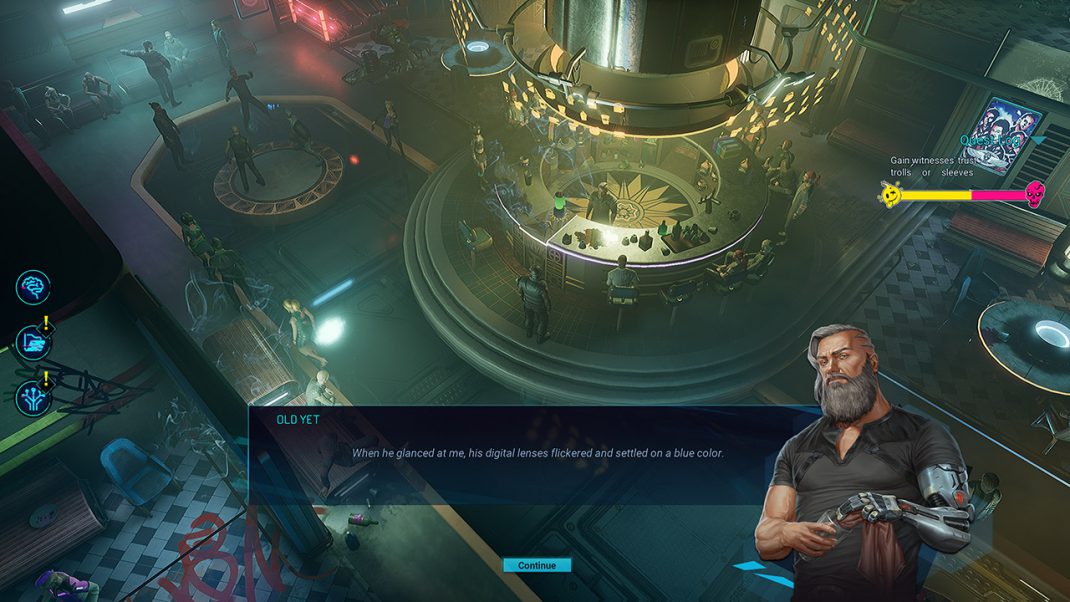 Gamedec, the cyberpunk noir detective RPG is coming to Nintendo Switch thanks to a partnership between developers Anshar Studios and indie publishing label Untold Tales.

Gamedec is a single-player, non-combat detective thriller set in a dystopian cyberpunk Warsaw City. The game is built around a system of highly fluid decision-making leading to very notable narrative branching.

As society escapes into totally all-consuming virtual worlds for both business and pleasure, the need to weed out (or help) all the criminals, scammers, and opportunists in these worlds requires a specialist. You are a game detective, someone who solves crimes inside these bizarre and varied virtual worlds.

Originally released on PC in 2021, the game garnered multiple awards and praise for creating a level of choice and freedom similar to actual pen and paper RPGs.