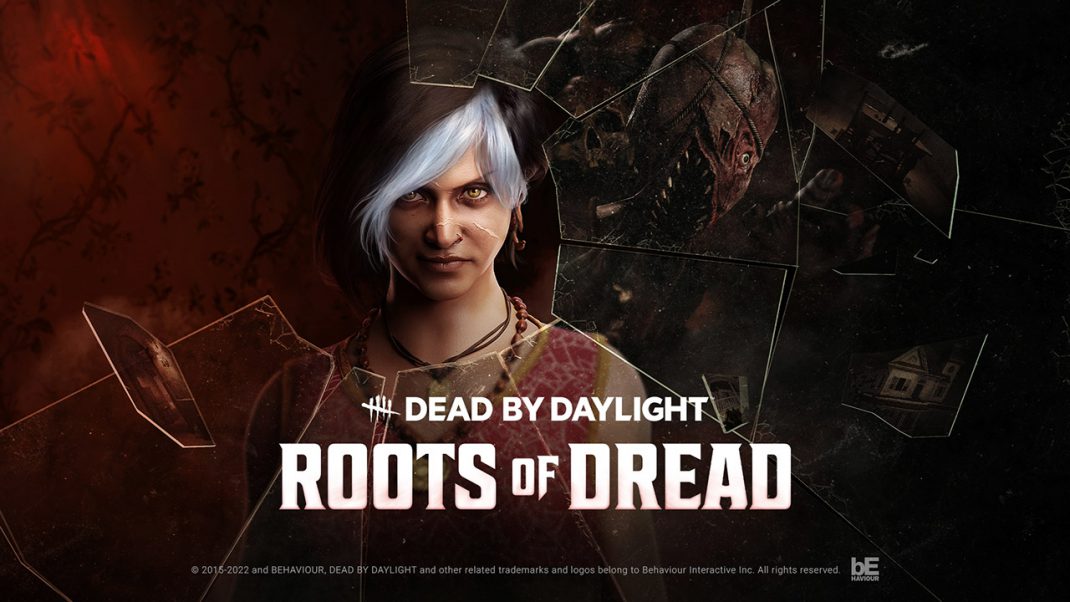 In most cultures, a dark creature exists, a being of nightmares whose sole goal is to stir mayhem in the lives of unsuspecting victims. The 24th addition to Dead by Daylight, Roots of Dread, was born from this very concept. The newest Killer to step into The Fog, The Dredge, is the personification of fear itself. The latest DLC also presents new Survivor Haddie Kaur, a bold and courageous monster hunter fully equipped to face the dangers that await in The Entity’s Realm. Players also get to discover a new Map, the Garden of Joy, a ghostly reminder of a once-flourishing small-town dream – now a symbol of domestic terror. Along with the highly awaited original Chapter comes a wide array of new Cosmetics, including a Very Rare outfit for The Dredge as well as two new Collections coming later this summer.

The Dredge is a manifestation of a collective nightmare. With its shapeless mass of twisted limbs that lurks in the shadows, players have a hard time identifying what they are up against. The Dredge’s Power is called Reign of Darkness and comes in two heart-stopping deployments: Gloaming and Nightfall. Gloaming is a new and exciting feature that allows The Dredge to teleport itself throughout the Map to surprise unsuspecting Survivors hiding in Lockers, a first for Dead by Daylight. Nightfall is a feature that sets up a countdown, seen by all players, at the beginning of every Trial, and allow The Dredge to summon Nightfall. Every time The Dredge injures or hooks a Survivor, or when it teleports, the Meter builds up. Once Nightfall descends upon the Map, Survivors’ vision is greatly compromised, giving the Killer the upper hand.

“I love the visceral scares this Chapter allows us to deliver”, says Dave Richard, Creative Director of Dead by Daylight. “The darkness engulfing the Survivors, the unease at the sight of The Dredge and fear that strikes where we feel safer is what we wanted to tap upon. We’re excited for players to explore this Chapter – and dig even deeper into what fear means to them.”

A Survivor with an Edge

Those familiar with The Archives will remember Haddie Kaur and will be thrilled to see that she has stepped into The Fog to take her rightful place as this Chapter’s Survivor. Haddie’s fascination with monsters started at a young age, making her no stranger to fear. She possesses the unique ability to see “bleeds”, pockets of evil that create holes between The Entity’s Realm and our world. Her body is heavily marked from the fights she has fought and as such, she’s one of the only Survivors truly equipped to face off Killers.

“Haddie is a very strong character with a really interesting backstory”, explains Dave Richard. “I love her for the duality that exists within her – she is both Québécoise and Indian, and she’s from our world but has always had a foot in the other. This makes for an extremely empowering play experience.”

To celebrate the release of this Chapter, a Very Rare outfit is being released for The Dredge, as part of the Malicious Mannequin Collection. The Twisted Plaything Outfit adorns the bodiless Killer with doll-like skulls for a particularly eerie look.

As the heat warms the Earth and as the air gets a little thicker, the outfits get smaller. No one can escape the implacable fieriness of the Waterfront Massacre Collection. Also available upon the Chapter release, the Collection features three new Very Rare outfits: Overlap Diver for Haddie Kaur, Sunlight Séance for Mikaela Reid and Yacht Couture for Felix Richter.

Coming out June 14th is the Chrysalis Collection – a monstrous mutation that reveals the insects within – which features three new Very Rare Outfits: The Twilight Swarm Outfit for the Deathslinger, The Resident Infestation Outfit for The Doctor and The Butterfly of the Night Outfit for Nea Karlsson.

Lastly, The Summer Vacation Collection arrives in time to scream: “see you at the camp!” and features two new outfits for Dwight Fairfield and Kate Denson. The Collection will be out on July 4th.