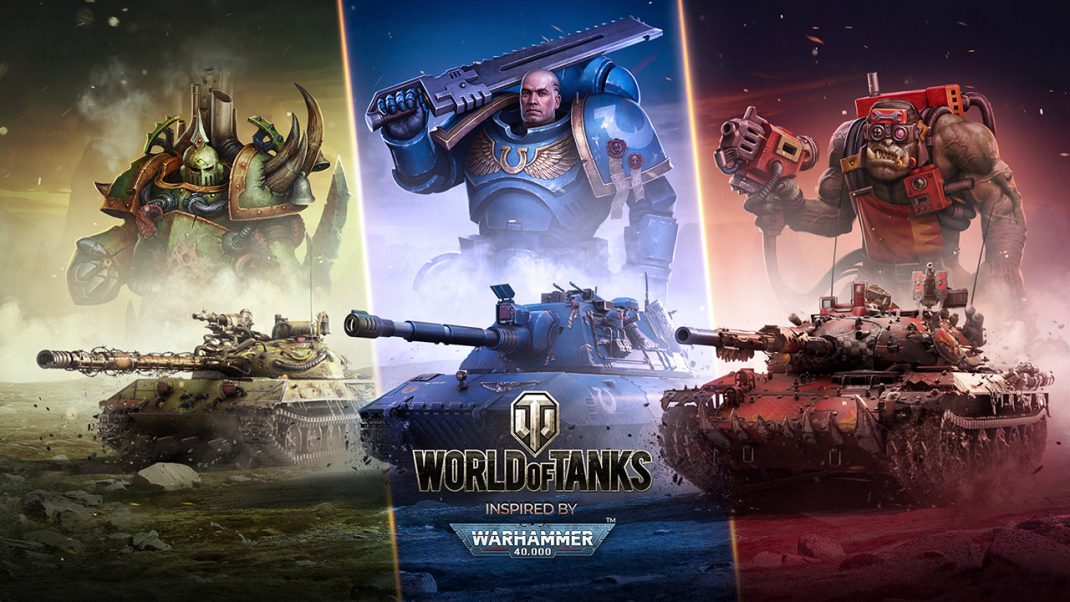 The new season of World of Tanks’ Battle Pass will be arriving soon, and this time, they’ve got backup. Bolstered by reinforcements of the Ultramarines, the Death Guard and the Evil Sunz Orks from the Warhammer 40,000 universe, this promises to be a battle pass that players won’t want to miss! Whether you find yourself shouting the “Red ‘uns go faster!” battle cry, you garb yourself in sickly greens and browns, or you call for “courage and honor”, tankers will be able to represent their favorite 40k factions on the World of Tanks battlefields.

This season will feature three main chapters, each containing 50 stages that can be completed in any order. And this time, unlike any season before, the Warhammer 40k setting means each of the chapters features a 3D style inspired by the factions for this season’s core vehicles. But wait, there’s even more: completing each chapter will reward you with a commander who flies the flag of each faction (as well as 2D styles and a collection of customization elements for said faction), so tankers will definitely want to make it to the end!

“We’re excited to collaborate with and bring the 40k universe into World of Tanks, and we’re sure our players will be equally thrilled, too,” states Max Chuvalov, Publishing Director, World of Tanks. “Just like Warhammer 40,000, battles are about strategy, understanding your role in the arena and how you can work together to secure the victory.”

The mechanic will be familiar to Battle Pass veterans: players can earn Battle Pass Points in Random Battles (except for Grand Battles) while playing in Tier VI-X vehicles when they perform well on the battlefield. Tankers can also bolster their amount of Battle Pass Points by completing daily missions which are available to vehicles of all tiers.