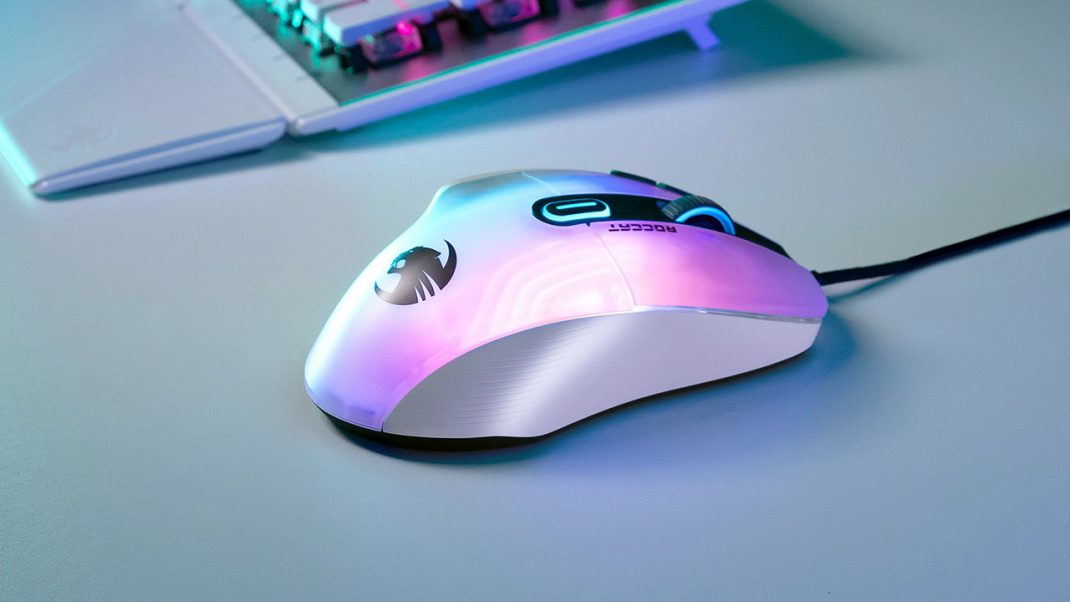 Top PC publications including T3.com and PCMag.com recently posted reviews of ROCCAT’s new Kone XP mouse. T3 notes, “The ROCCAT Kone XP is a superb choice for your next mouse,” and has already included it in their “Best Gaming Mouse 2022” list, adding, “Kone XP has plenty of features to tempt gamers and non-gamers alike.” PCMag.com gave the Kone XP a 4.5/5 review score and Editor’s Choice designation, saying, “ROCCAT nearly perfects its AIMO line with the Kone XP, a gaming mouse with a cornucopia of top-shelf components and features.”

“We’re delighted to see the new Kone XP receiving such positive feedback from our community since its recent reveal,” said René Korte, ROCCAT Founder and General Manager for PC Products at Turtle Beach. “The Kone XP is a testament to ROCCAT’s devotion to pushing the boundaries of comfort and customization. Its mix of refined ergonomics, groundbreaking aesthetics, and our latest technologies make Kone XP the perfect choice for any PC gamer, creator, or power user.”

The Kone XP’s multi-button design, along with its revised ergonomics, reduced weight, and overall comfort will appeal to fans of ROCCAT’s earlier Kone AIMO Remastered, as well as PC gamers who play a range of games across different genres. The Kone XP mouse features the most buttons of any mouse in its price range. It has 15 buttons, with 29 different button functionalities thanks to ROCCAT’s Easy-Shift[+]™ technology — perfect for strategy games and MMOs like the recently released Lost Ark or Elden Ring. The Kone XP’s ridiculously fast Titan Optical Switches sit under the left and right click buttons, giving a responsive click with incredibly rapid actuation for unparalleled speed and precision. The Titan Optical Switch is twice as fast as a mechanical switch and twice as durable, clocking in at a scorching 0.2ms actuation speed for up to 70 million clicks. Kone XP also allows for customizable debounce timing – critical for drag-clicking, making it a great companion for Minecraft. 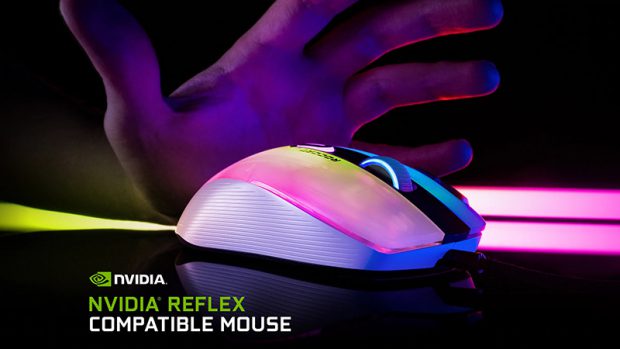 At the heart of the Kone XP PC gamers will find ROCCAT’s Owl-Eye 19K DPI optical sensor (based on PAW3370 from PixArt). The Owl-Eye sensor tracks mouse movement with high-precision for extreme in-game accuracy and is customizable via ROCCAT’s Swarm software suite. The Kone XP also features ROCCAT’s PhantomFlex™ cable and heat-treated PTFE glides for a wireless mouse feeling. Flexible, pliable, and light, the cable resists snagging or tangling, and the extra heat-treatment on the slides means the mouse glides smoothly across desktops.

The Kone XP PC gaming mouse is also among a select list of products supporting the NVIDIA Reflex Analyzer. NVIDIA G-SYNC displays with Reflex have the world’s first and only system latency analyzer that detects clicks coming from gaming mice and measures the time for the resulting pixels (weapon muzzle flash) to change on screen. When using ROCCAT’s Kone XP mouse in conjunction with an NVIDIA G-SYNC display with Reflex, gamers can measure and improve full peripheral and end-to-end system latency.