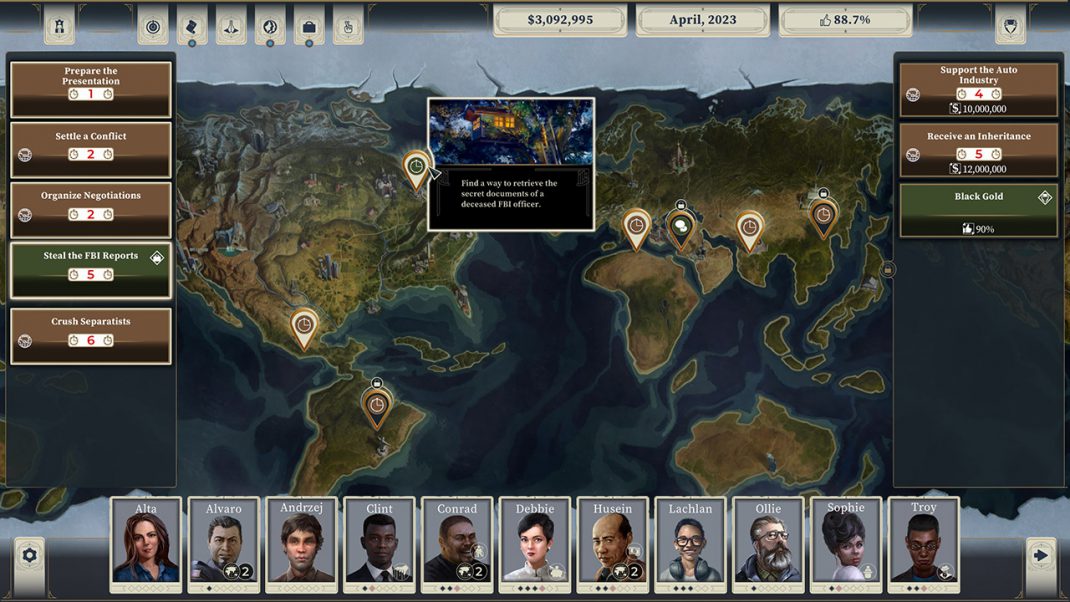 This is the President Danced Without Pants Musical Trailer

So, SuperPac and THQ Nordic had a bet going on. At this point it doesn’t really matter what it was about, but THQ Nordic lost. As a result, some of the Austrian-based publisher’s employees had to compose and perform a musical, which was first shown to a chosen group of critics earlier in 2021. What shall we say, it was so disastrous, there was no way we could release it, or show it to any living being in this galaxy.

That’s why we partnered up with actual professionals and created the musical “Danced Without Pants”, performed by Caleb Hyles and Major Attaway straight from Broadway! In the game This Is the President, you’ll visit the musical on a special night with your First Lady. Since we all know going to the theater never did a US President any harm, what can possibly go wrong?

SuperPac   this is the president   thq nordic   windows pc