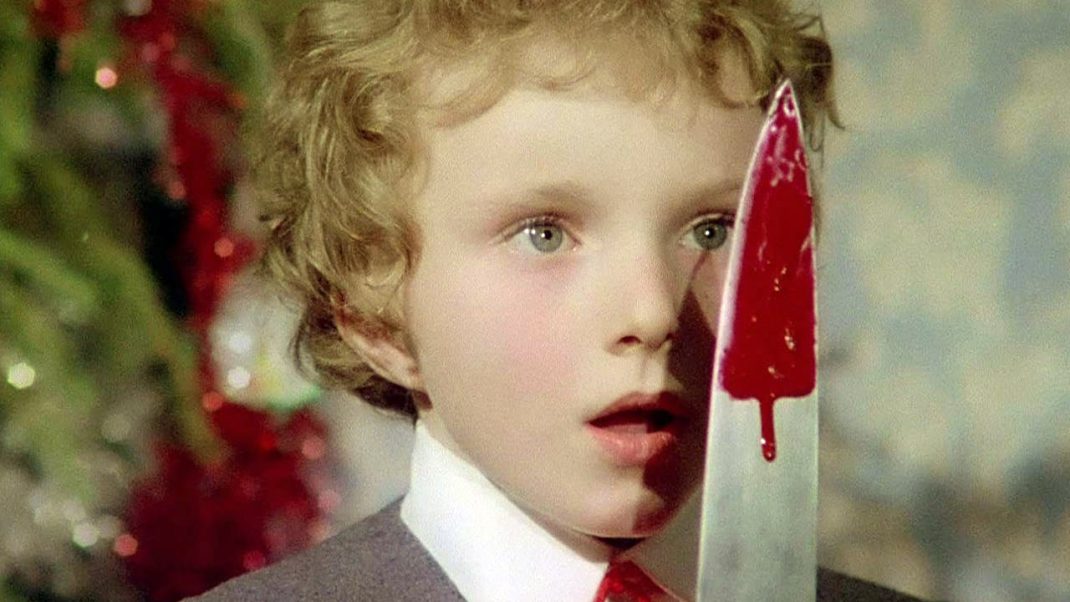 There are few directors more synonymous with a genre than Dario Argento and Giallo. After establishing his name with landmark horror films such as The Bird with the Crystal Plumage and Cat O’ Nine Tails, Argento took a brief hiatus to direct comedy before coming back to thrill audiences with his 1975 film Deep Red. Earlier this year Arrow Video began revisiting the early works of Argento with 4K updates to their releases of Bird and Cat and just in time for the holidays they’re back again with Deep Red. Is this stocking stuffer worth the update? Read on and find out.

Christmas. A person stabbed to death in front of a child. Years later, psychic Helga picks up on the grisly thoughts of a killer in the audience of a parapsychology conference. Tracking her to her apartment and killing her in an effort to hide their identity, the murderer is spotted from the street below by Marcus, an American jazz musician played by David Hemming. Outed as an eyewitness to the crime by local media, Marcus finds himself in a race to uncover the killer’s identity before he finds himself at the business end of the murderer’s blade.

Deep Red is widely regarded as Argento’s one of Argento’s best films and its not hard to understand why. Argento had evolved into a master of his craft and the genre by this time and the film can be seen as his commentary on art itself. David Hemming had previously been best known for his starring role in Michelangelo Antonioni’s Blowup, a similarly plotted thriller about a photographer who captures evidence of a murder and sets out to solve the mystery. Antonioni had a reputation for being a meticulous filmmaker and its notable that some of his star’s first lines in Argento’s film call out a desire for art to be less precise, more “trashy.” To that end, Argento crafts visuals that could be museum pieces in their own rights- a notable early scene plays out against a diner that looks eerily similar to Edward Hopper’s Nighthawks only to fill them with visceral murders and a freewheeling, jazz-inspired editing style that makes Deep Red a compelling watch for any thriller fan. 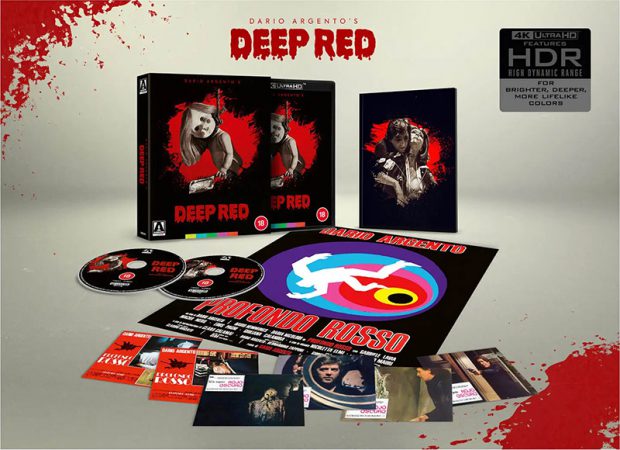 Being a reissue, Deep Red already has the benefit of a notable restoration by Arrow Video for their 2016 Blu-ray release. Without being able to compare the two directly but being familiar with Arrow’s previous restorations, one can imagine that the most notable upgrades will be in clarity of the image, the consistent quality of the grain, and depth of the HDR10 and DolbyVision color profiles. Overall the colors maintain a consistent tone throughout and the grain lends a fine texture that brings out the filmic qualities of the original 35mm negative. The clarity of the image is sharp as well, never more apparent than when taking in the immaculate styling of 1970’s feathered male hairdos. Bloody fingerprints leap off the screen and crushed velvet looks good enough to touch in a restoration that looks just as good in your living room as it did on theater screens in 1975.

Deep Red is presented in two versions and each has its own separate audio options. The original cut has both mono and 5.1 Italian audio tracks. Additionally the original cut has a mono hybrid Italian/English track. While no English dub was completed for the original cut, a hybrid track was assembled with some scenes playing back in English and others in Italian with subtitles. On disc two is the shorter export cut of the film with a single mono English track. Sound is crisp and clear, if sparse, on all four tracks with the standout element being Goblin’s jazz influenced synth score. All soundtracks are identical to what was found on the original 2018 release. 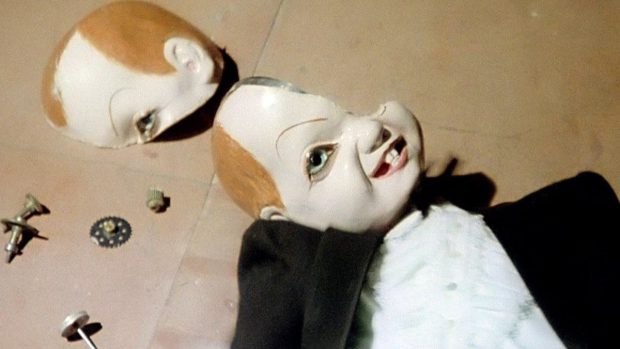 The limited edition release of Deep Red is packaged in the standard sturdy Arrow slipcover featuring a reversible cover and new artwork to match their recent 4k releases of The Bird with the Crystal Plumage and Cat O’ Nine Tails. Also included in the set is a collectors booklet with previously released writings on Deep Red’s place in giallo history and a brand new essay exploring the use of space in the film, a poster featuring the box art, and the traditional Arrow reproductions of lobby cards. There is also a special edition available that features the film’s original poster art on the slipcover.

The new supplemental features in this release are all found on disc one. The theatrical release disc contains two audio commentaries, one by film historians Troy Howarth and Nathaniel Thompson and the second by Argento expert Thomas Rostock. Rostock’s commentary has appeared on previous releases of the film and takes a clinical look at the film while Howarth and Thompson’s track is brand new and much more conversational as the two discuss the finer points of the film while watching it together. Also found on the first disc are hours worth of interviews shot in 2018 with everyone from the original actor chosen for the role of Marcus to
Dario Argento himself.

Other extras carry over from Arrow’s previous releases of Deep Red. On the first disc, alongside the theatrical release of the film, you’ll find both the original Italian trailer for the film as well as Arrow’s 2018 restoration trailer while disc two features the export cut of the film and archival interviews with Dario Argento and collaborators from previous releases of the film. Disc two also contains the original US trailer, an archival introduction to the film by composer Claudio Simonetti, and the stand out archival feature Profondo Giallo, a thirty minute visual essay on the film by critic Michael Mackenzie.

Deep Red served as both a return to form for and a pristine example of the filmmaker that Dario Argento was and continues to be. Arrow Video’s 4K release accomplishes much of the same, by preserving the same wonderful release the company rolled out on Blu-ray in 2018 while updating it with a handful of new features and a new 4K conversion for 2021. While the features are mostly the same as Arrow’s previous release, the new transfer alone makes this worth the upgrade for current owners and a strongly recommended purchase for anyone who doesn’t already own it. 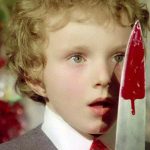