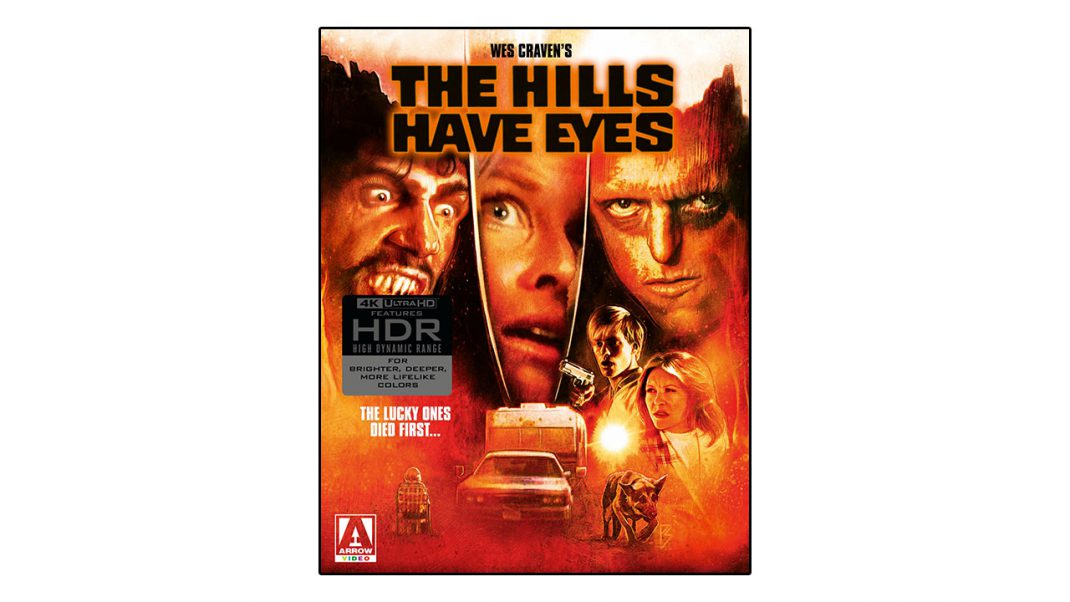 Arrow Video Unveils The Hills Have Eyes and More for November

Arrow kicks off the latest round of releases on November 9 by continuing their recent venture in the 4K UHD Blu-ray world with the 4K release of Wes Craven’s classic The Hills Have Eyes. This story about a suburban family stranded in the desert where they become victims to a family of vicious cannibals has been a favorite of horror fans for years and now it can be enjoyed in the highest home video format possible. This limited-edition release includes both the original and alternate endings and comes with a 40-page booklet featuring writing on the film by critic Brad Stevens.

Sailor Suit and Machine Gun, an off-the-wall yakuza movie starring Japanese idol Hiroko Yashimaru as a delinquent high school girl that inherits her father’s yakuza clan hits Blu-ray on November 16. The film is a satirical twist on the yakuza genre mixed with a coming-of-age drama. This Arrow release is restored using a 4K scan of the original camera negative and includes the original theatrical release as well as the complete version of the film re-issued in 1982.

Richard Friedman’s beloved cult classic Phantom of the Mall: Eric’s Revenge makes its Blu-ray debut on November 23. This fun take on Gaston Leroux’s timeless novel moves the story to 1980s California where a young man that dies in a mysterious house fire returns a year later to terrorize the new mall built over the home where he met his ultimate demise. This outrageously bonkers film is sure to please fans of Arrow. The limited-edition 2-disc Blu-ray includes the original theatrical cut, TV cut, and bonus integral fan cut, making this mall one you’ll want to re-visit over and over again.

Arrow closes the month with some Italian flare on November 30. First up is Giallo Essentials [Red Edition]. This 3-disc set acts as the perfect giallo starter kit for new fans of the murder-mystery genre with a taste for stylized violence and memorable scores. Titles include The Possessed (1965), The Fifth Chord (1971), and The Pyjama Girl Case (1977). All three films are restored from their original camera negatives and presented with a brand new 2K transfer.

Also coming on November 30 is Mill of the Stone Women. This horror sci-fi mashup from director Giorgio Ferroni is about a professor that kidnaps women to steal their blood to help his sick daughter. Rather than dispose of the victim’s bodies, he turns them into macabre works of art. The film is notable for being the first Italian horror film shot in color. This limited-edition 2-disc set includes 4 different versions of this underappreciated gothic gem.