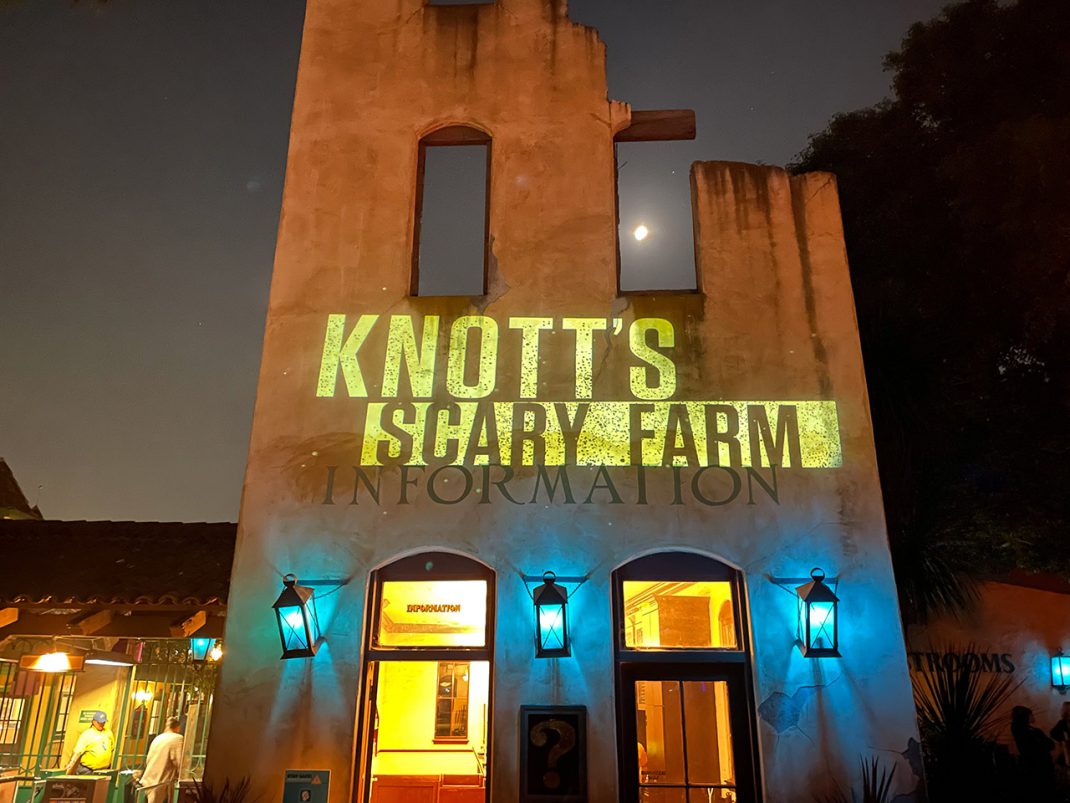 Knott’s Scary Farm is back for 2021 but, the question remains, can it recover after taking a year off? Will its addition of only one new maze be enough? Without drawing it out too much, the answer to both of these questions is a resounding yes! Knott’s Scary Farm features 8 mazes, 5 scare zones, and 6 shows – all of which are sure to fill your night’s schedule up very quickly. In fact, there’s so much to do at Knott’s Scary Farm you’ll probably have to make a couple trips during the season to see everything.

There is only one truly new maze this year. Mesmer: Sideshow of the Mind takes attendees on a journey into insanity thanks to a hypnotist/mentalist named Mesmer. This maze starts off with a great show moment that I hope sticks around for a while. Often times these moments get removed after a time due to the way they slow down the flow of guests through the maze. In this case, the show moment sets the stage for what’s to come perfectly, and the maze designers, monsters, set decorators, painters, lighting techs, and everyone else involved in bringing Mesmer to life should be proud of their work. Mesmer: Sideshow of the Mind features a stunning array of props, animatronics, and technical wizardry. 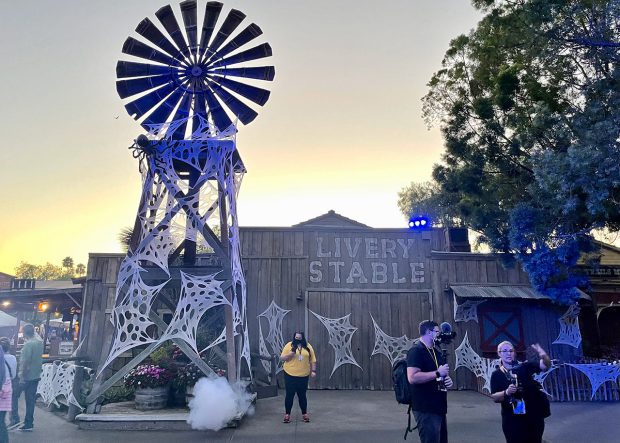 The rest of the maze lineup this year features offerings from the past. No doubt, the reason for this was simply due to the pandemic. Hopefully, we get this all under control and 2022 sees a host of new mazes in the works. Speaking of Works – Wax Works is back, bringing all sorts of grotesque imagery and characters with it. I love that maze – the giant abomination creature near the end of the experience has to be seen (and heard) to be believed. Also back this year (for the last time) is Paranormal Inc. This maze features some great sets, a nice opening show moment, and a thrilling narrative element. It’s going out in a big way this year.

On the topic of scare zones, the zones from 2019 return with one big addition, that of the Gore-Ing 20’s (a take off on the Roaring 20’s area of the park in which it resides) – although, I do have a sneaking suspicion that the area was initially titled Memory Lane before being re-branded for marketing purposes. Either way, the scare zone is an absolute hit with scare actors all being rooted deeply in character. The zone is full of 1920’s era characters – from mobsters to newsboys, flappers, teetotalers, and more. The area is built around the era of prohibition, and the strange pull that a secretive club known as the “Blind Tiger” has on the morale fiber of the local populace. Throughout the night, we saw scare actors interacting with guests, sending them on mini “fetch quests” a la Ghost Town Alive and, of course, scaring people.

Of course, I couldn’t mention scare zones and not pay kudos to the scare actors in the other areas of the park – Ghost Town Streets, The Hollow, CarnEVIL, and Forsaken Lake. I didn’t have a bad walkthrough in any of those scare zones. All the monsters we crossed paths with were energetic and giving it their all. It seems that the year off really amped everyone up for coming back this year and the end result is intense and rightfully scary.

Thankfully, there is also a very satisfying line up of shows this year at Knott’s Scary Farm. Headlining the Charles M Schultz theatre is Puppet Up! – Uncensored. Nothing’s funnier than adult-oriented puppet show. The best part is that the show changes each show due to its improvisational aspect. If you go to Knott’s Scary Farm this year, you have to see it! At the Birdcage Theater you’ll find Conjurers: Magic and Mirth – an entertaining illusionist show with humor and thrills. Also a must-see is the Invitation to Terror show at the location of the retired Mystery Lodge attraction. The show makes clever use of that attractions special effects as well as a host of new ones that are guaranteed to provide a scary fun time. Over at the Calico Main Stage is the Carnaval du Grotesque. This is a blanket show name for a variety of live music and performers that grace the stage. During our evening, we saw a live band playing as well as a juggling act earlier in the evening. 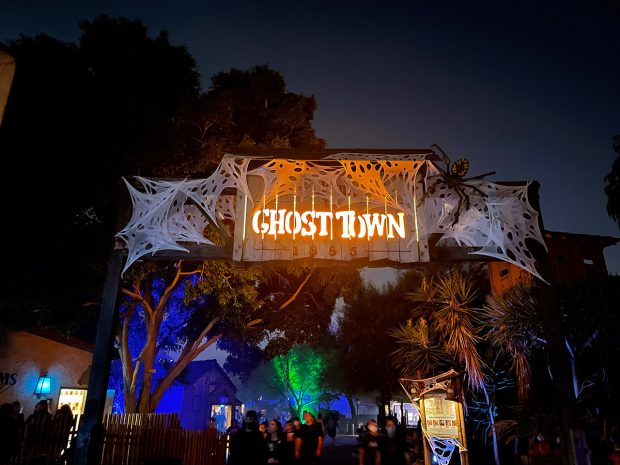 On the night we attended, we did notice that the Ghost Town Calico Grill was closed for some reason. In past years, it was always a treat to eat out on the restaurant’s patio, enjoying the scares while dining on very decent amusement park food. However, the park is offering a variety of spooky treats at locations around the map. There are candy corn trifles, midnight funnel cakes, and a host of other offerings. I would not say that Knott’s Scary Farm themed treats are on par with those found during the dedicated “Taste Of” events from 2020 but they are fun and the younger guests out there will especially love to get hopped up on the sugar they provide.

The most important thing that I’d like to see Knott’s Scary Farm improve upon in future years is returning the backstage mazes to the theme park proper. Nothing pulls guests out of the spooky experience more than emerging into a large parking lot with little to no theming and the smell of trash wafting through the air as dumpsters are stored right near that location during regular daytime operations.

And now for some history on why this is the case… Initially the push to move mazes out of the regular theme park map was due to a management change that wanted to reduce the impediment to daytime operations. This even extended to decorations and some experiences (such as the now-retired Infected: Special Ops in its first year) even needed to be rolled-in on wheels after the park closed. When I was young, going to the park in the daytime and seeing all of the mazes, spooky decorations, and the rest only served to make me want to attend Knott’s Scary Farm even more. Thankfully, this mandate seems to have lifted somewhat in recent years as decorations are adorning the daytime park once more – however, the backstage mazes remain. I urge park management to return those mazes to the spooky, themed areas of the park proper as those backstage mazes get retired. It will result in increased ticket sales – honest!

Overall, Knott’s Scary Farm is a very fun time with a whole lot of stuff to see. Knott’s Scary Farm is now open and tickets range in price from $50 to $72 dollars and there are extra options that can purchased such as a pre-scare “Boo-fet” as well as Fright Lane express entry to mazes and rides. You can find more information on the event at its official website. 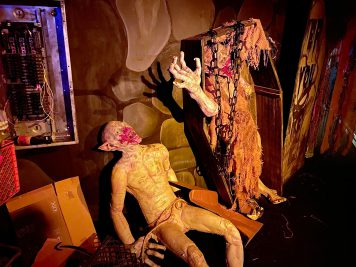 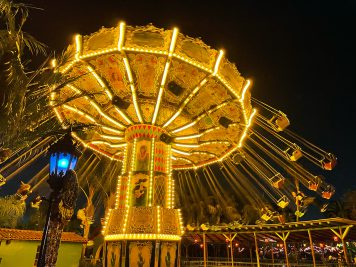 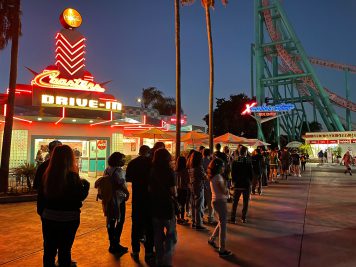 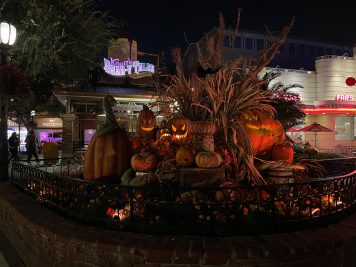 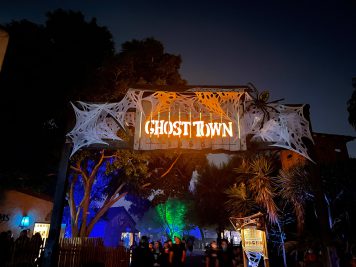 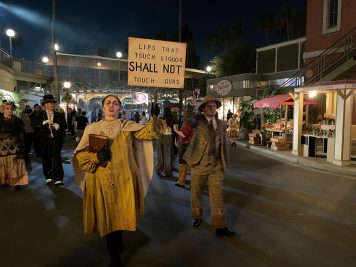 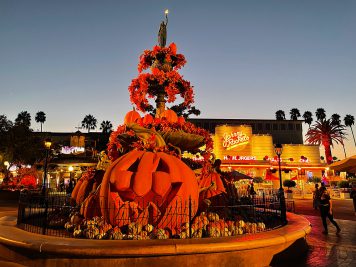 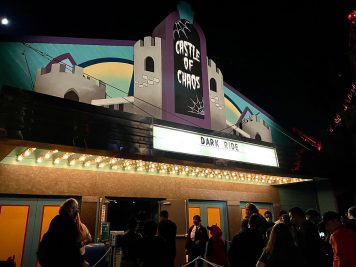 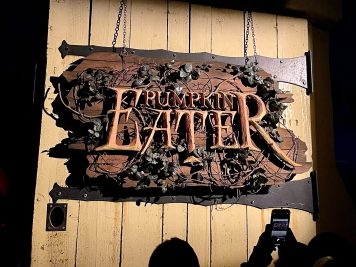 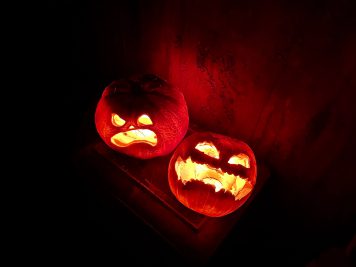 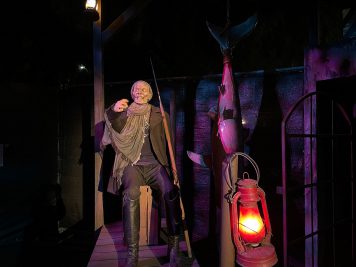 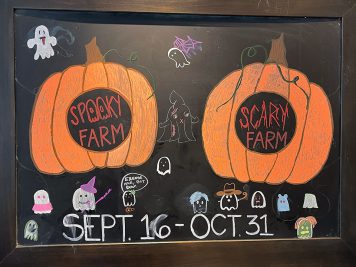 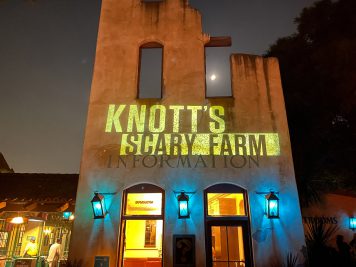 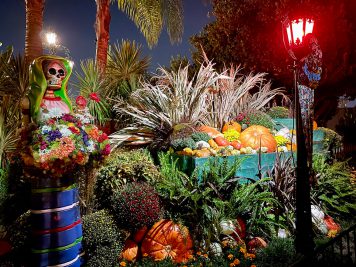 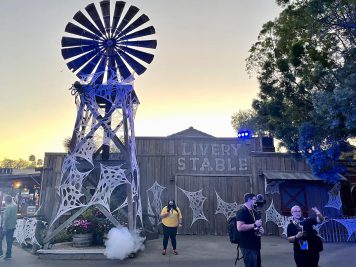 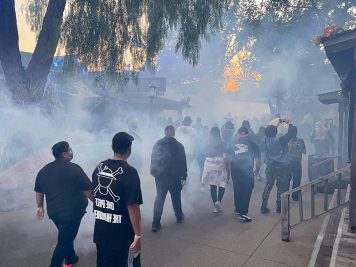 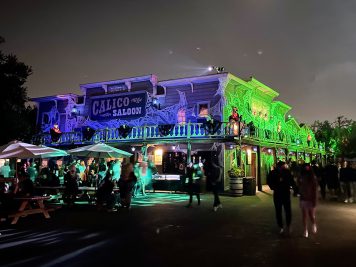