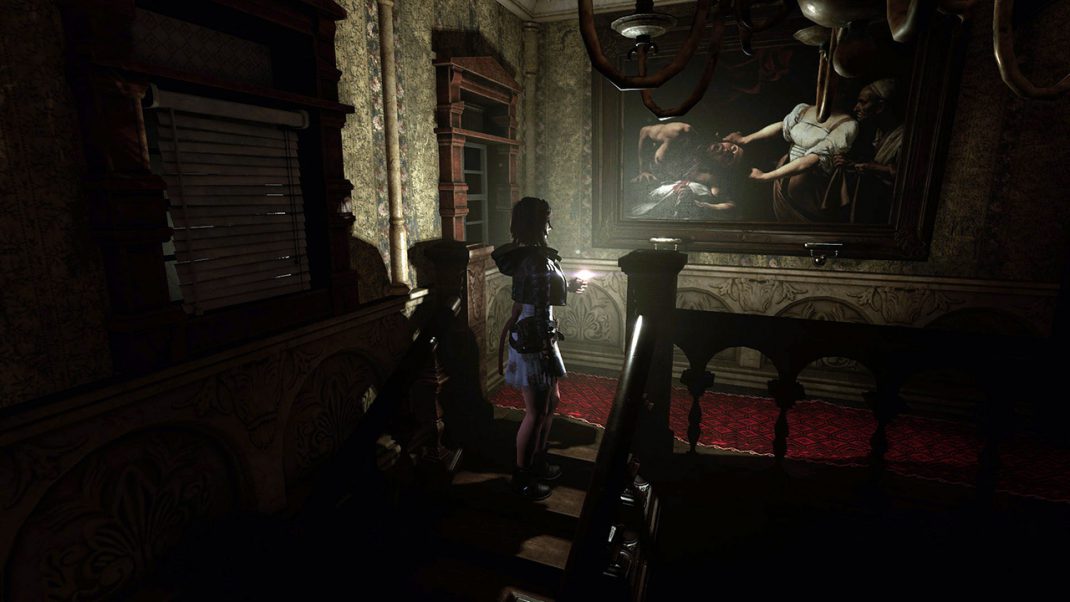 I have always been a huge fan of survival horror since before it really had that name. Back in the days of Alone In The Dark with their hexagonal characters and great graphics for the time where you find yourself in a mansion full of bad things where more times than not running is the best solution. It wasn’t until Resident Evil came out that survival horror officially had a game to hang its title on and has since been the foundation by which all other games in the genre are compared to. With all this and years of survival horror to compete with does Tormented Souls have what it takes to sink it’s hooks into the players? Let’s check it out.

Tormented Souls starts with the main character Caroline Walker going to investigate a picture she received in the mail from a sprawling mansion only to wake up the next morning naked in a tub with a respirator hooked up to her and missing an eye. This may sound like an average Sunday morning to you but for Caroline it is the beginning of a dark and dangerous experience. 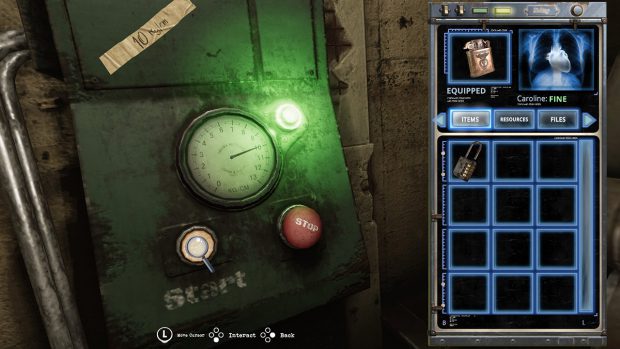 The graphics and sound play together seamlessly especially if you put on a headset for a deeply immersive play and make sure you play it alone in the dark so that you can avoid as many distractions as possible. Literally I waited until there was only me and two cats at home, late at night. As a result I had a few jump moments and truly appreciated what happens in the shadows as you play.

The controls are designed for a controller not a keyboard and the control smoothness of the character increases when using a controller. I tried for a really long time just to use the keyboard and mouse but it was a bit clunky and the keyboard controls aren’t listed under “controls”. The moment I started using a controller the game became more fun. You will have to adjust the directions you are traveling depending on the camera angle so you can be traveling up the screen and wind up with a camera shot from an odd angle to disorient the player but it also means changing the direction you are pushing on your joystick. It looks cool but takes a little getting used to especially if you are fighting something.

When it comes to the issues I felt in Tormented Souls there will be folks who have no problem with them. Also this is a preview of the game so suggestions made at this point might already be adjusted in which case visiting the game closer to release might have different experiences. The big problem I had was the saving process. It’s not uncommon to have players need to find a device like a cassette tape you have to attach to an in-game device and then enables you to save at that location. Often if it is difficult enough to find them then they are reusable the player just needs to go back to the previous spot. I played for a long time and only found one save point which had me running around searching for a save item when I was ready to be done playing for the night. I went back to the location and the tape was single use so all my play after that had to be 1) lost 2) left sitting on my desktop so that I have to leave it open in the background until I get back to playing 3) stay at the game for an extra long period of time just trying to find a save spot. I did the second, then the third and finally just shut it down and lost my work. I died trying to find the save points a couple times as well which brings up the next issue. 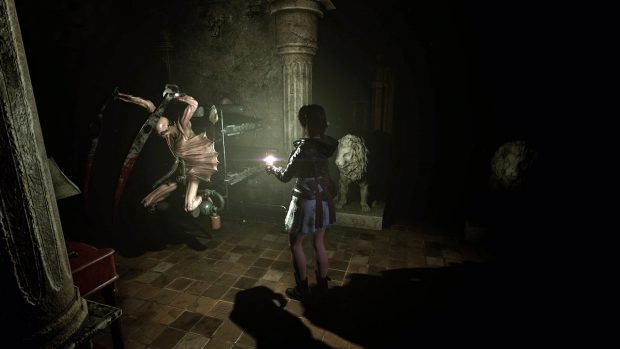 Survival horror games like to make it hard to see directions sometimes as well as creating claustrophobic locations to fight in. There is a prime example of some very nasty looking boogies coming at you in wheelchairs in a hallway where the chair takes up the whole space. You can’t jump and you need a full body space to pass the beasties on the sides which you don’t get. As a result you wind up running around in the aisles figuring out ways to slip past them. If you make a mistake you die and if you die you have the same issues as above, you lose everything back to your last (and in my case for a while only) save point. You get a weapon fairly early which is a nail gun but it is extremely ineffectual, hardly even slowing the simplest of creepies. Paying attention to your map will help you negotiate things a bit but you might still find yourself in a dead end hallway with only a little movement at the end to try to work around them. You get morphine to help you recover from such mangling and finagling but don’t expect much of that either. I think that if the game had different levels of difficulty which adjusts the number of saves and heals then it would be accessible to a far larger audience.

Tormented Souls creates a great claustrophobic environment with rich sounds and music as well as dark and graphically disturbing creatures.  If you had a hard time with Silent Hill or Resident Evil this might be a pass for you due to a fairly unforgiving save system. If you are into survival horror though, this is a great step towards mood making for the 2021 Halloween season!