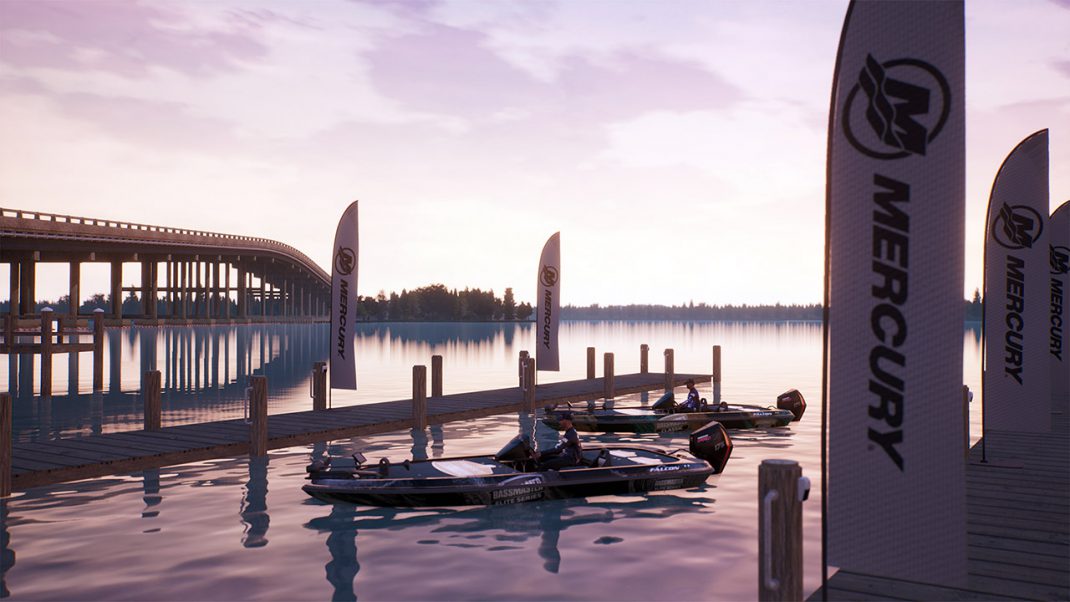 Dovetail Games, developer and publisher of authentic sports simulation titles, today announced that Bassmaster® Fishing 2022, the Official Video Game, will release in North America and Europe on Oct. 28 for the PlayStation®5, PlayStation 4 home computer entertainment system, Xbox Series X|S, Xbox One family of devices including the Xbox One X, and windows PC via Steam. The title will be available with Xbox Game Pass at launch, giving aspiring anglers a multitude of options on where and how they can tackle big bass fishing.

Along with a first look at gameplay released today, Dovetail Games is sharing details on exciting new gameplay modes and features coming to the sports fishing simulator when it releases. True to real life, players can enjoy participating in the fully licensed Career Mode where they’ll have to fish their way to the top as they compete in College Series, Opens, and the Elite Series to earn an invite to the ultimate bass anglers challenge, the Bassmaster Classic. Players can take this journey on with one of the 10 Elite Series anglers or create their own custom character, complete with their choice of sponsors to support them. As players compete, they’ll experience eight diverse real-world venues hand crafted to accurately recreate the depths, fish species, native vegetation, and local points of interest, earning in-game Bass Bucks to unlock different types of lures, tackle, rods, and more so they can bring the right equipment for each unique venue.

Adding a new twist to multiplayer, Bassmaster® Fishing 2022 will pit players against each other in the ‘Bassmaster Royale’ multiplayer mode! This all-new game mode challenges anglers to be the last player fishing, competing together against the clock and challenging anglers to keep the weight of their catches above other competitors. Smart angling, location choices, and strategic use of the brand-new underwater camera will be necessary to avoid being eliminated as the competition heats up! Multiplayer features cross-play between all platforms, allowing anglers to play with friends no matter which platform they have.

Freedom Fishing is another multiplayer mode for players to jump into to do some relaxing fishing with friends. Choosing any of the eight real-world venues to explore and fish with friends for some non-competitive fishing. In this mode you can explore the waters at ease and practice so you’re ready when it comes to tournament fishing.