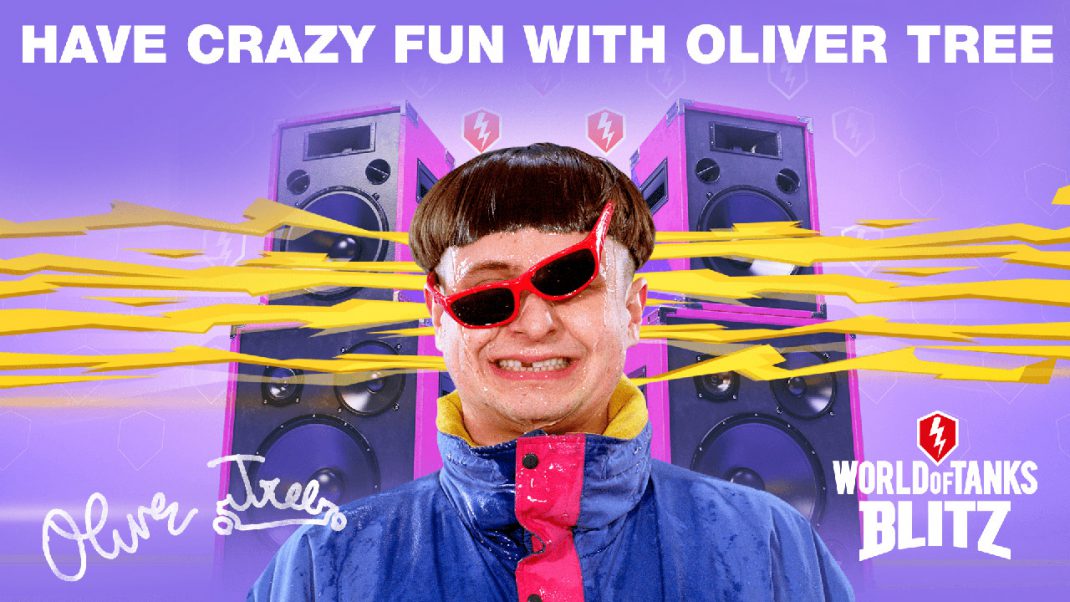 This Fall, World of Tanks Blitz joins the weird and the wonderful world of chart-topping, genre-bending artist Oliver Tree for the upcoming Scooter Army event! Musician, producer, and former pro-scooter riding champ Oliver Tree will have his trademark eclectic sound rampaging through the game from September 24 – October 4, 2021. Known for his extravagantly executed videos and eccentric persona, Oliver Tree is an artist that must be experienced to be believed.

Victories will earn participating players Oliver-themed prizes like Headphones, Sunglasses, and an accumulative avatar, in addition to Premium Account days and an American Tier IV Medium Tank, the M3 Lee. Collectible items won can be combined into Legendary items and kept as souvenirs or exchanged for Free XP (2000 Free XP for each Legendary item). Players will also have the chance to see an animated model of Tree’s Guinness World record-smashing scooter appear in-game.

The most coveted prize of all, however, is sure to be Oliver’s digital autograph, which players can win on making it to the 6th stage of the event. This is the first time Tree has licensed his digital autograph in any game.

“World of Tanks Blitz loves doing its own stunts, just like Oliver Tree. From taking our tankers to Mars and bending the rules of gravity, to battling in the depths of the ocean, we’re continually surprising our players by pushing genre boundaries and adding even more fun to the game. And what could be more fun than listening to Oliver’s blood-pumping beats while battling it out?!”, said Natasha Pershyts, Publishing Product Director at World of Tanks Blitz.