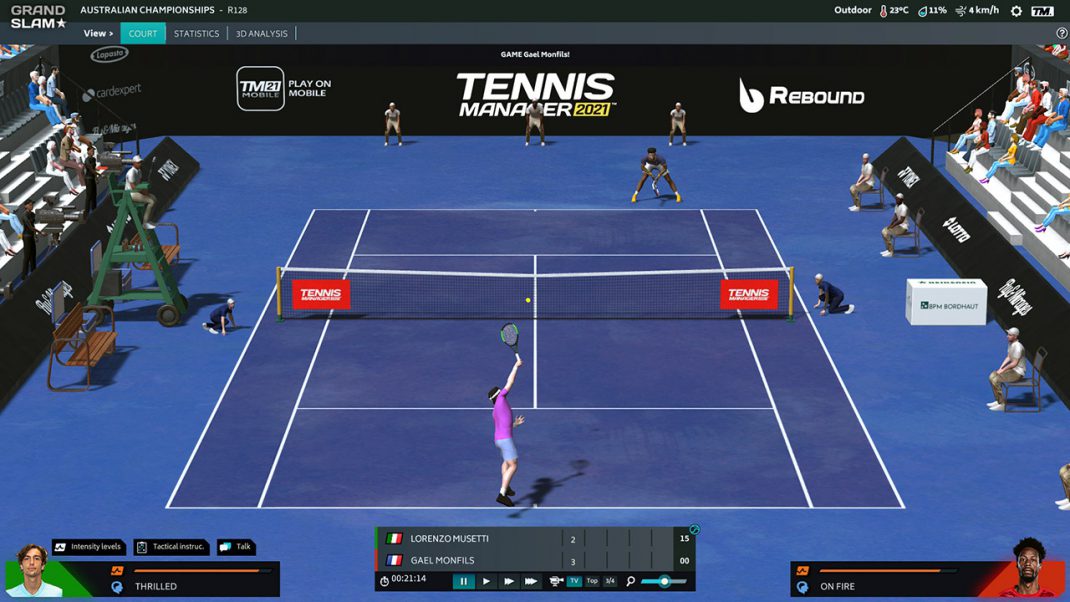 After several months in Early Access and five major patches, the game has evolved greatly, achieving some impressive milestones. To date, Tennis Manager has reached its highest user score on Steam with +85% positive reviews, thousands of players, and millions of matches played (aces and double faults alike!);

Honoured with comparisons to the most successful management simulation, ‘Football Manager’ and a growing audience including a FIFA eSports World champ’ and amazing pro tennis players Gael Monfils top 10 ATP and Holger Rune world #1 Junior, there’s a real audience for Tennis Management simulation. All these sucesses are made possible by our community, whose feedback has been vitally important, helping us to finish the game that we were all working so hard to create.

Tennis Manager’s launch is a huge achievement and an important step moving forward for our small indie studio of 10 full-time developers and we continue our efforts on mobile, as we look forward to seeing tens of thousands of mobile players take a step onto the court in our new adventure.