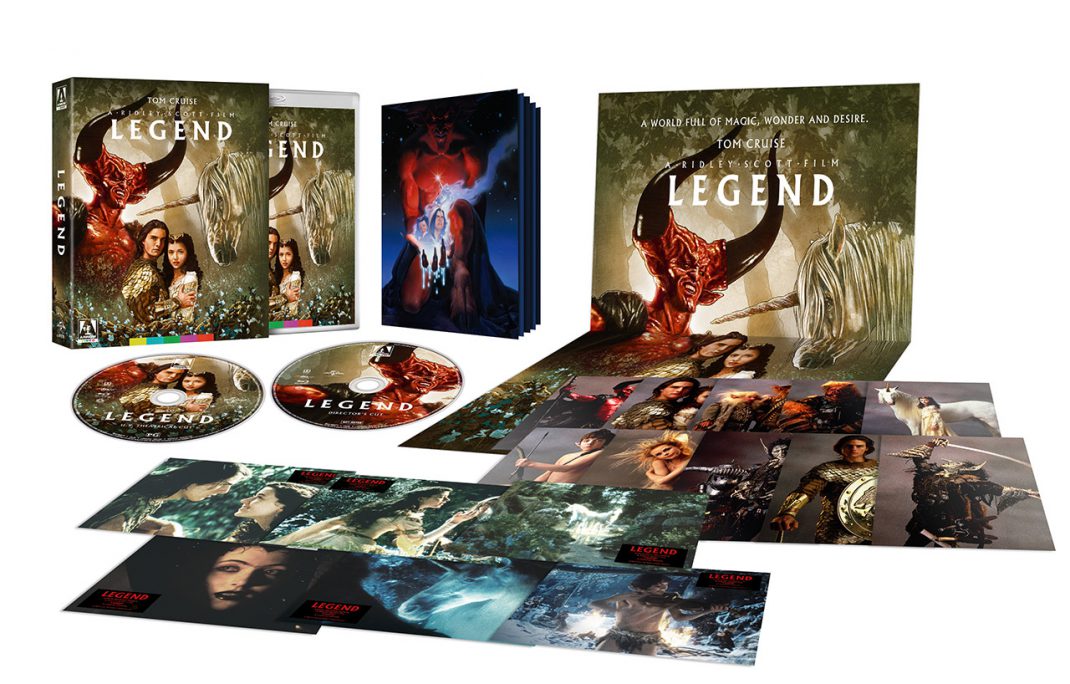 On September 14, Arrow will kick off its September releases with two exciting titles. First up is David Nelson’s 1982 slasher, Death Screams, about a machete-wielding madman that targets teens on the last night of a small-town carnival. This little-seen slasher is a bit of a departure from Nelson, who rose to fame as a child star on the television series The Adventures of Ozzie and Harriet. Arrow presents the film restored from the only-known existing 35mm print.

The second September 14 release will be Cold War Creatures: Four Films from Sam Katzman. Katzman was a prolific studio exec that produced hundreds of films starting in the early 1930s and concluding in 1972, gaining great notoriety for his ability to turn a sizable profit on a minuscule budget. Arrow has compiled four of Katzman’s monster movies from the 1950s in one glorious collection and loaded them up with special features including an 80-page collector’s art book featuring reproduction stills and artwork from each film and new writing by historian and critic, Stephen R. Bissette. The four films include Creature with the Atom Brain, The Werewolf, The Zombies of Mora Tau, and The Giant Claw.

The Snake Girl and the Silver-Haired Witch comes to Blu-ray for the first time on September 21. This late ’60s Japanese horror entry comes from Gamera director Noriaki Yuasa. Adapted from the works of horror manga pioneer Kazuo Umezu, The Snake Girl and the Silver-Haired Witch is an effects-heavy film about two rival, shape-shifting sisters that don’t quite get along. The first pressing includes an illustrated collector’s booklet featuring new writing by Raffael Coronelli.

Ridley Scott’s Legend comes to limited-edition Blu-ray on September 28. Tom Cruise stars as Jack O’ the Green, a man out to stop the Lord of Darkness (Tim Curry) from destroying the daylight and marrying the woman he loves. Legend didn’t connect with critics at the time but has steadily developed a large cult following over the years with fans cheering on Curry’s performance and Rob Bottin’s effects being hailed as some of the best cinema has ever seen. This limited 2-disc set presents the film in both its theatrical and extended director’s cuts.

The final release of September, also hitting shelves on September 28, is a UHD brand-new 4K restoration of Children of the Corn. Based upon a Stephen King short story, Children of the Corn is the tale of a religious cult in a remote town that believes anyone over the age of 18 must be murdered. Linda Hamilton and Courtney Gains star in this beloved King classic that Vincent Canby of The New York Times described as a film “full of beautifully evocative, broad, flat, sun-baked landscapes, in which even cornfields are made to seem menacing.”