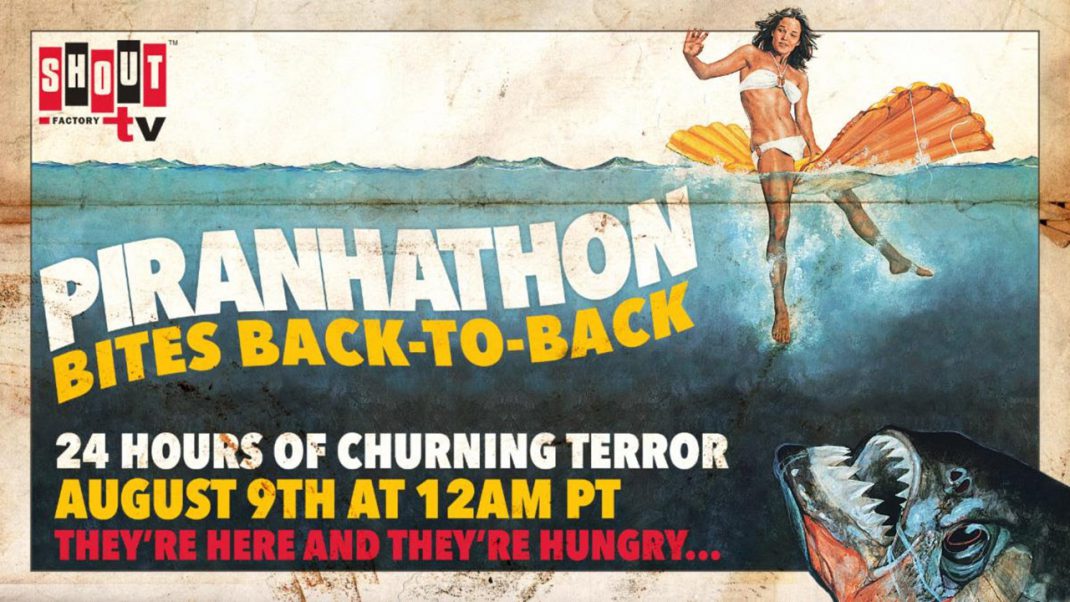 Just when you thought it was safe to take a dip in the water again…Piranhathon Bites Back-to-Back! On August 9th, stream double the camp, double the teeth and double the terror when Shout! Factory TV™ presents a 24-hour marathon of Joe Dante’s 1978 cult classic Piranha and its 1995 remake starring Mila Kunis and Soleil Moon Frye. Fans can watch the films streamed all day and night long in a back-to-back format presentation that is sure to keep everyone coming back for seconds. The marathon begins Monday, August 9 at 12 a.m. PT on Shout! Factory TV.

In 1978, audiences discovered Piranha, widely considered one of the very best films inspired by the success of Jaws, and for over 40 years Piranha has been one of the true cult gems in the Roger Corman canon.

When the deadly eating machines are accidentally released from the compound, they’re soon headed downstream, consuming everything — and anyone — in their path. With Paul and Maggie in hot pursuit, the piranhas’ next stop is the children’s summer camp, where Paul’s young daughter is vacationing, and then the newly opened, multi-million-dollar water resort. Time is running out, and the piranha are hungry!

The 1995 remake of the cult classic film features Mila Kunis and Soleil Moon Frye and was also produced by Roger Corman.