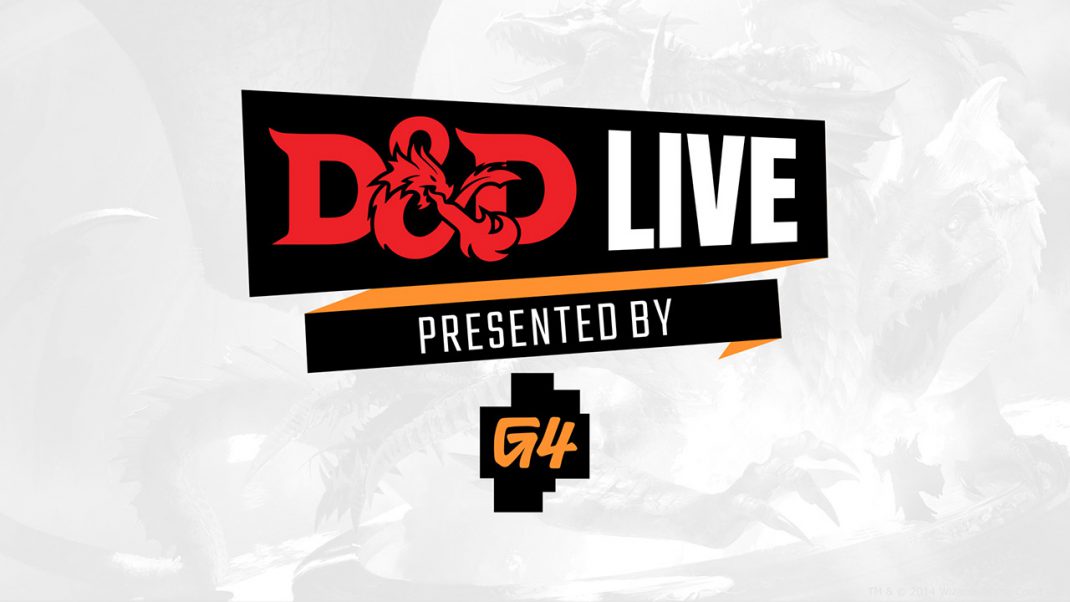 D&D Live 2021 kicks-off today at 12pm PT! Here’s everything you need to know about tuning-in for this epic event and what programming to look forward to.

Presented by Wizards of the Coast and G4, D&D Live 2021 is a two-day event hosted by B. Dave Walters, Mica Burton and Becca Scott featuring a mind-flaying amount of entertainment about upcoming products from Wizards of the Coast as well as five D&D games with star-studded casts playing with expert Dungeon Masters, including:

Viewers can also look forward to interviews with Wizards’ Chris Perkins, Amanda Hamon, and James Wyatt on the new D&D storyline The Wild Beyond the Witchlight, the D&D sourcebook set in a Magic: The Gathering plane Strixhaven: A Curriculum of Chaos, and Magic: The Gathering’s Adventures in the Forgotten Realms set using D&D mechanics and monsters. And if that’s not enough to make you run a skill check on hype containment, you can expect even more announcements lying in wait for a sneak attack.

The entries are in and the hunt continues for D&D’s best DM in the Dungeon Master Challenge. 10 finalists from the open submissions stage will be announced at D&D Live 2021. The finalists will then compete in a series of weekly challenges with contestants being eliminated until the final three DM’s remain. Those lucky three contestants will then compete in a final challenge in hopes of being named the winner at D&D Celebration on September 26.

·       D&D’s YouTube – https://www.youtube.com/c/DNDWizards
Go to G4TV.com/dndlive for more information on all of the exciting D&D Live 2021 programming.