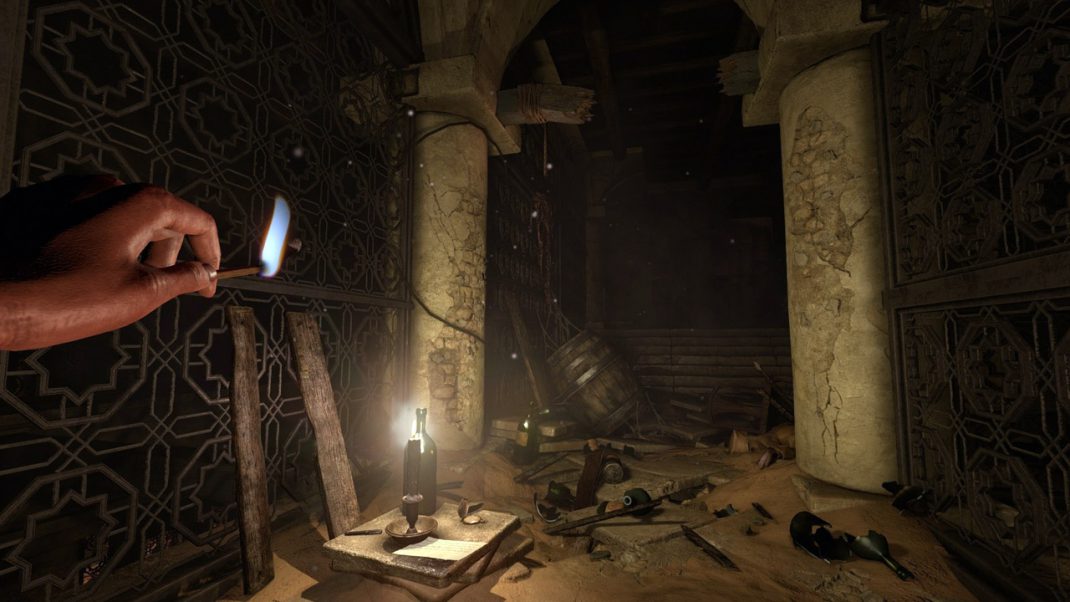 Frictional Games is excited to announce that Amnesia: Rebirth Adventure Mode is now available as a free update for PlayStation players. The new mode lets you enjoy the game’s rich adventure story without the threat of monsters or darkness. In addition to the new Adventure Mode, this update carries an upgrade for PS5 players delivering a smoother visual experience with the game running on higher frame rates – 60 FPS as opposed to 30 FPS which is the cap for PS4 consoles.

The stunning visual effects and lighting in Amnesia: Rebirth Adventure Mode are the same as in the original game that launched in October 2020. The main difference being the removal of monster encounters as well as increasing illumination in all dark areas which result in a highly enjoyable adventure experience where the player can sit back, explore, and solve puzzles.

Amnesia: Rebirth Adventure Mode is a new way to experience the fantastic quest of Tasi Trianon with its captivating narrative, cool environments, unique theme, and challenging puzzles, without the anxiety-inducing, and very distressing elements present in the original game.

“The game still has its very serious theme and sometimes unnerving ambiance, but the new mode feels a lot more like an Indiana Jones type of adventure in places where it would otherwise be more of a horror experience,” explains Fredrik Olsson.

The game is still the same at its core. Following the story of Tasi Trianon, she finds herself in the desolate landscape of the Algerian desert, battling against her fears and pain as she fights to save the ones closest to her. Amnesia: Rebirth will take you through a wide variety of uncanny environments, from scorched deserts and dark caves to forgotten ruins and alien landscapes.

How is Adventure Mode different?

The new mode removes all life-threatening encounters with monsters, as well as the harrowing sound and visual effects that would affect Tasi’s fear levels. The environments are now lit up to a point where you won’t have the same feeling of claustrophobia and trepidation, allowing you to explore freely without worrying about monsters or Tasi’s mental state.

In addition, Adventure Mode includes a number of bonus puzzles that add up to the experience of a true lovecraftian mystery adventure novel.

“We believe that anyone who loves a good story-driven adventure game will be stoked about this new mode. Not everyone is into horror and we don’t want that to block people from experiencing Tasi’s story,” comments Fredrik. “We did something very similar when we released the Safe mode for SOMA. It was extremely well received and opened up the game to a much broader audience, something we hope will happen with Rebirth as well.”

Without spoiling anything for you, expect a creepy adventure thriller game that takes you on a journey through a wonderfully crafted world. The game conserves much of its dramatic essence going full out with a compelling story – a tense, slowly-building plot to uncover the mystery surrounding Tasi’s situation and her fight for survival.