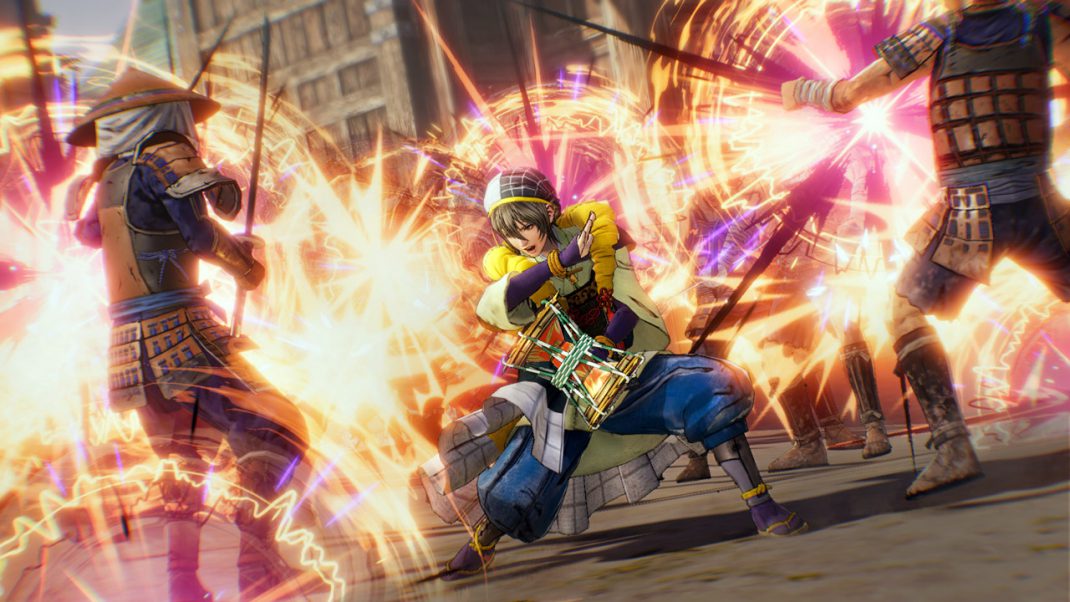 KOEI TECMO America and developer Omega Force announced the addition of four new characters into the SAMURAI WARRIORS 5 universe, jumping the total number of playable combatants to 27. The tactical action game — which takes place during the legendary Sengoku period — is currently under development for the Nintendo Switch™, PlayStation®4 Computer Entertainment System (playable on PlayStation®5 via Backward Compatibility), the Xbox One consoles (playable on Xbox Series X|S via Backward Compatibility), and Windows PC via Steam®, and is set to launch across North America on July 27, 2021.

The SAMURAI WARRIORS 5 characters announced today include four new historical fighters as well as a couple of surprise variations on the two main characters driving the game’s overall storyline. The four new characters include kusarigama expert and head of the Iga Ninjas, Sandayū Momochi; Ninja Sword master Hattori Hanzō; Magoichi Saika, a professional mercenary with no interest in the concept of good and evil; and the great samurai Yasuke, who serves as Nobunaga’s retainer. In addition to the four new characters, Omega Force revealed for the first time that adult versions of both “The Demon King” Nobunaga Oda and the Oda family’s retainer, Mitsuhide Akechi will also be playable, including Nobunaga’s proficient sword techniques and Mitsuhide’s fearsome combination attacks utilizing both his matchlock firearm and blade!

In celebration of the character reveals, KOEI TECMO released a brand-new trailer showcasing the vibrantly detailed warriors who have been completely redesigned and re-imagined in the franchise’s latest blockbuster.