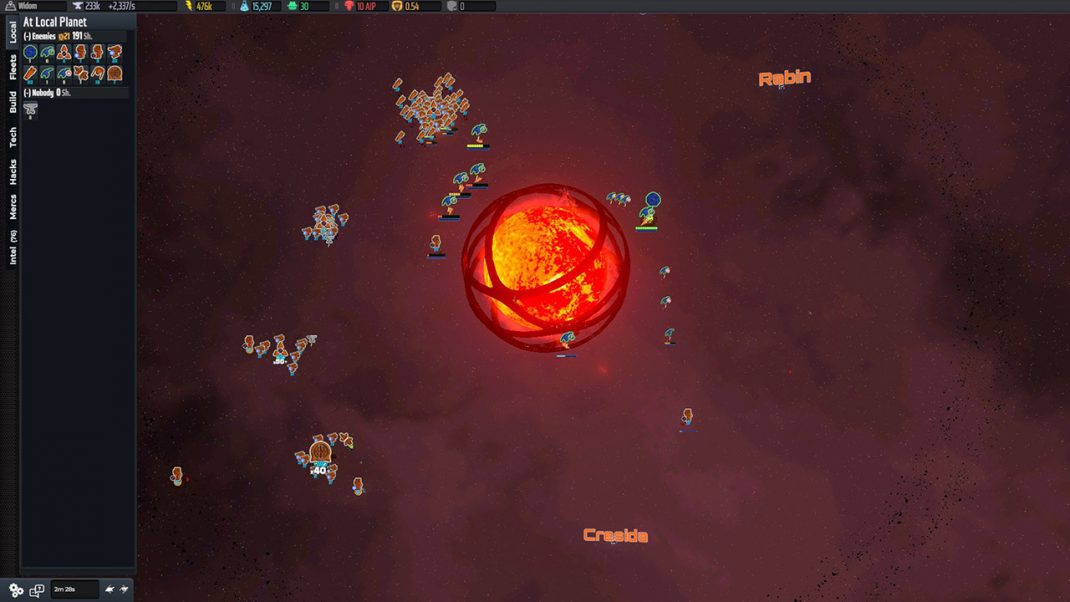 Arcen Games is excited to announce the launch of a truly major update for space strategy cult hit AI War 2, along with the May 18th release date for its upcoming expansion AI War 2: Zenith Onslaught.

The most devious and acclaimed artificial intelligence in strategy gaming continues to evolve, with an ever-growing pantheon of allies and enemies. AI War 2 is a grand strategy/RTS hybrid against an overwhelming, inhuman enemy who has conquered the galaxy.

“The new Paradigm Shift update (v2.800) for AI War 2 reimagines players’ relationship to luck within the context of the game,” according to lead developer Chris McElligott Park. “Procedural generation is an excellent tool often misused, but we’ve always had two competing ideologies within the AI War titles: one, you’re constructing an empire of your own design; and two, you’re having to adapt to what you find and be clever with tools that are not always your top favorites.”

“There has always been a push and pull between these two competing ideas, and this new Paradigm Shift, as we call it, brings them into greater balance, while also reducing the impact of luck, and increasing the number of shooting conflicts you’re likely to get into.”

The upcoming May 18th release of the Zenith Onslaught expansion is absolutely jam-packed with features as well. From “small” details like powerful new elite Cruisers that you can put in a new slot in your fleets, to galaxy-spanning empires like the Dark Zenith and the Zenith Architrave, this expansion is filled with new tools to use and new foes to untangle. Wormhole Borers let certain AIs alter the map topology, while Nomad Planets alter the map topology on their own as they roam around. The Zenith Miners hollow out entire planets, and Golem variants abound.

This expansion will also coincide with AI War 2 fully launching its multiplayer mode. More details to come as we approach the release date next month.

AI War 2 is available now for $19.99 via Steam on Windows PC, Mac, and Linux platforms.