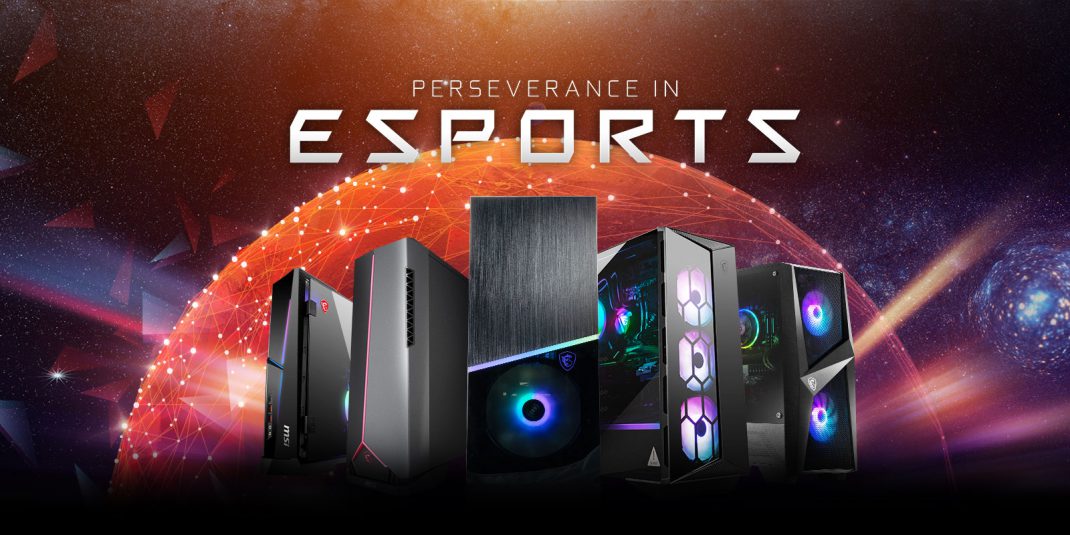 Assembled in the United States, many of the desktops are composed almost completely from MSI components, beginning with the chassis, motherboard and graphics card, to even the CPU cooling solution and PSU on select models. These configurations promote easy component upgradability along with MSI’s uncompromised quality.

“MSI continues its pledge to be the most trusted name in gaming and esports as we strive to lead our industry in breakthroughs in design, the pursuit of excellence and technological innovation,” said Andy Tung, CEO of MSI. “We know gamers value reliable performance, breath-taking visuals, high fidelity sound, precise control and smooth streaming when choosing a PC, which is why MSI is one of the first to offer this new generation of Intel technology to our customers as soon as it becomes available.” 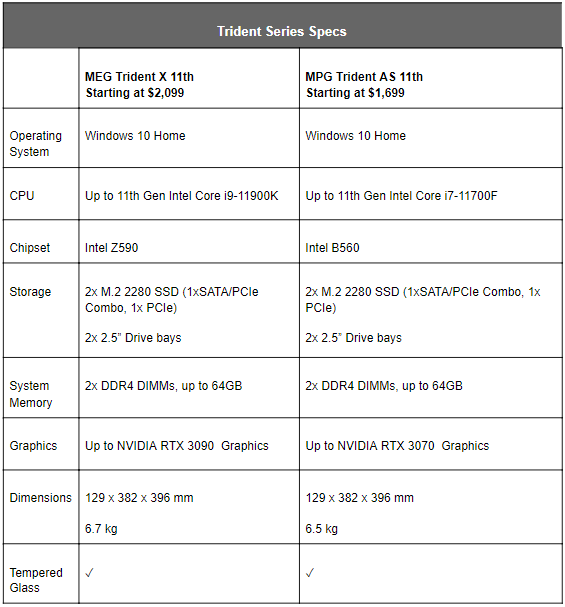 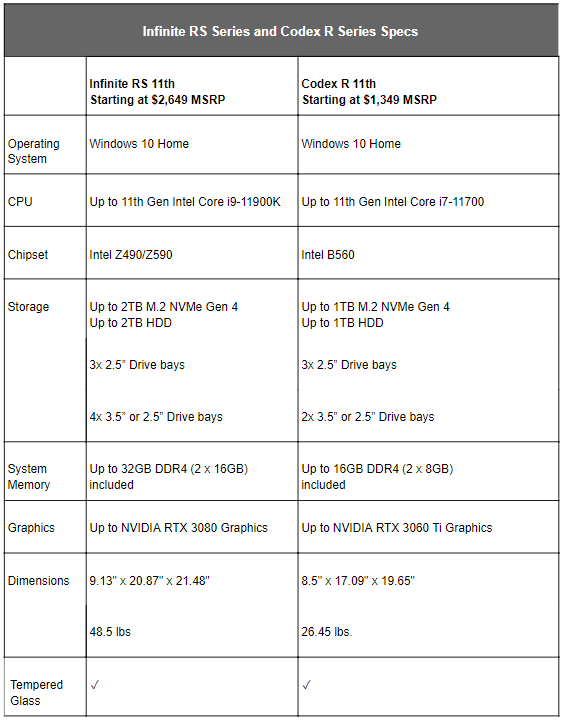 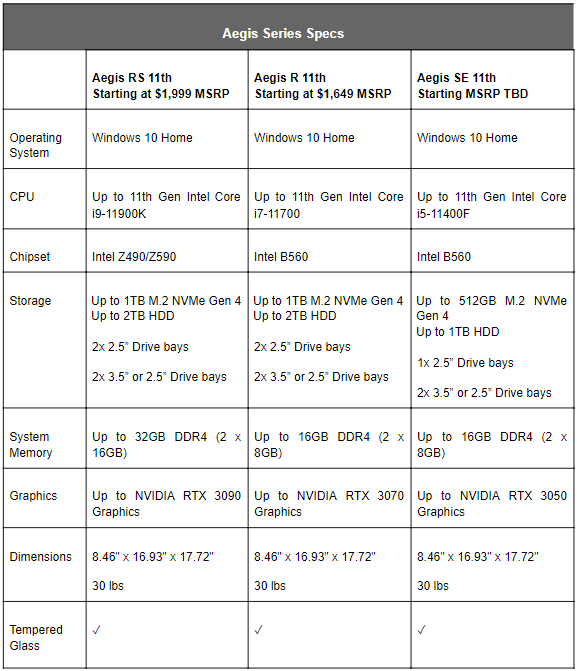