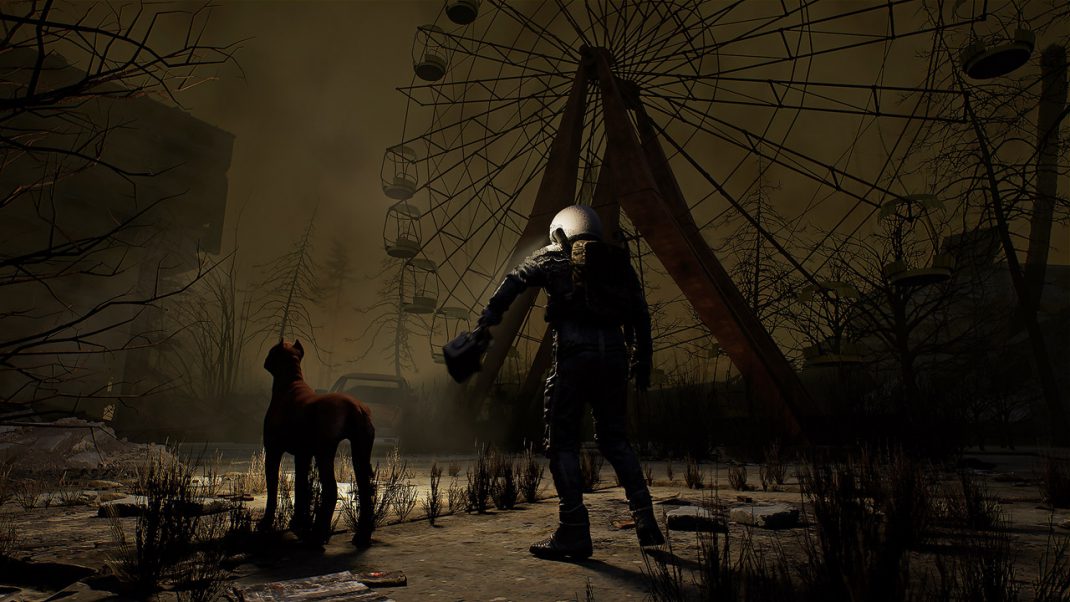 Well, this problem keeps me awake at night. My name is Waldek from SurvGames studio and I wanted to introduce you new game called FIRST. It’s a survival simulator with horror elements that aims to convince players that we can survive only by working alongside nature! But first, take a look at the apocalyptic trailer.

A terrifying vision, isn’t it? I did include some supernatural elements in my game, but its message remains relevant in the real world as well. In FIRST, players take on the role of the last man on Earth, who travels the world with his rescued dog to uncover the mystery of the end of the world. Who knows, maybe it is their duo that will help and restore the mankind? The heroes will travel through many different locations, from radioactive wastelands to destroyed towns, and sometimes even will have to face the monstrous creatures that appeared on Earth. Screenshots below will tell even you more than words.