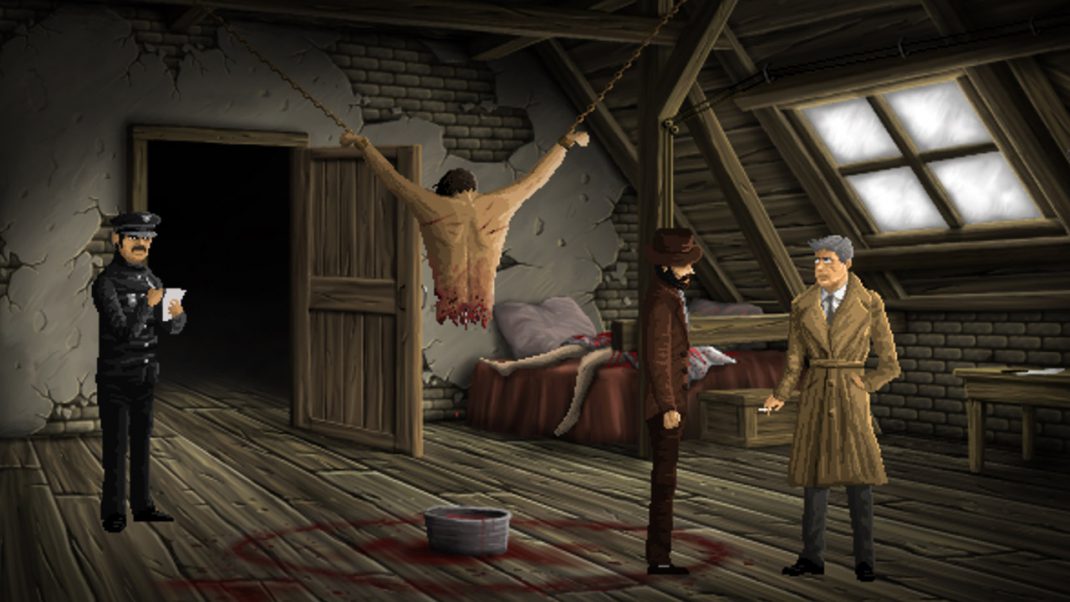 Chronicle of Innsmouth: Mountains of Madness Coming to Steam

You died, of that you are sure. Your encounter with the Shoggoth left you broken, bleeding out in the sand of that fateful shore. You fell into endless darkness – and then woke up again, whole and unharmed. You don’t know what happened, but something has changed. Visions and nightmares follow you since then – and there’s a mystery you’ve got to solve, an adventure that will test your wits and drag you to the limits of your sanity… and perhaps beyond.

PsychoDev announces today the Lovecraftian point’n’click adventure Chronicle of Innsmouth: Mountains of Madness, which will be published on Steam by late March (final date to be announced). In this adventure, inspired by retro Lucas’ classics from the 90s and based on HP Lovecraft’s stories, you play as the investigator Lone Carter, who comes back home after an encounter with the Mythos only to find himself in a complex plot that intertwines different characters, places and even eras. A mystery story involving a series of deaths and disappearances, where your skills as a detective will face the cosmic horror and dread of the Cthulhu Mythos – you need to find the truth, but the truth might be too much to bear.

Review keys will be available soon. Ask us for yours — if you think your mind is strong enough to face nameless horrors…

ABOUT CHRONICLE OF INNSMOUTH: MOUNTAINS OF MADNESS

Mountains of Madness is the second entry in the Chronicle of Innsmouth franchise, and is set 10 years before the events of the first chapter. The game completed successfully a crowdfunding campaign on Kickstarter on late 2018, right after the release of its predecessor, which was based in The Shadow over Innsmouth.

Written by a Lovecraft expert, the game is based on the eponymous novella, but features many references to other stories. It also includes many easter eggs that only the geekiest of Lovecraft geeks will get (like Lone Carter’s name himself), and gives you the opportunity to play as the Mad Arab Abdul Alhazred, author of the dreaded Necronomicon, and at some point as HP Lovecraft himself.