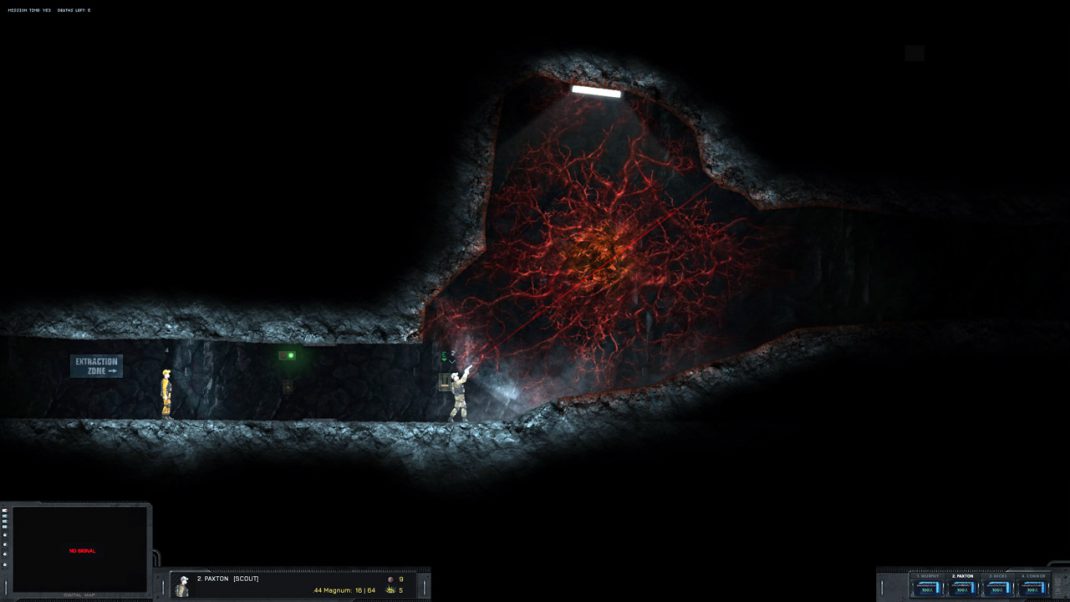 Developer Cogwheel Software and publisher Daedalic Entertainment have today announced their new sci-fi thriller Hidden Deep scheduled to release on PC in 2021. Players will explore a vast suboceanic research and mining facility inhabited by alien creatures brought to life in a 2D game world full of action, mystery and danger. For players wanting to get a taste of what’s in store, a demo version of Hidden Deep will be available during the Steam Games Festival: February 2021 from February 3rd to February 9th.

In Hidden Deep, you lead a team of four researchers to a mysterious facility 1,6 km below the ocean floor in order to find out what has happened to the station’s crew who have seemingly disappeared. You must command your team members and find out what happened to your colleagues in a dark sci-fi story inspired by 80s and 90s classics like Alien, The Thing, and the first Half-Life game. Explore the depths using a variety of gadgets, shoot, blast or sneak your way through dangerous traps and alien lairs and try not to get eaten by the facility’s inhabitants (including your own crew members!).

Hidden Deep will be released on PC via Steam in 2021. From February 3rd to 9th, you can play a demo during the Steam Games Festival: February 2021. The Hidden Deep Discord community can be found here.