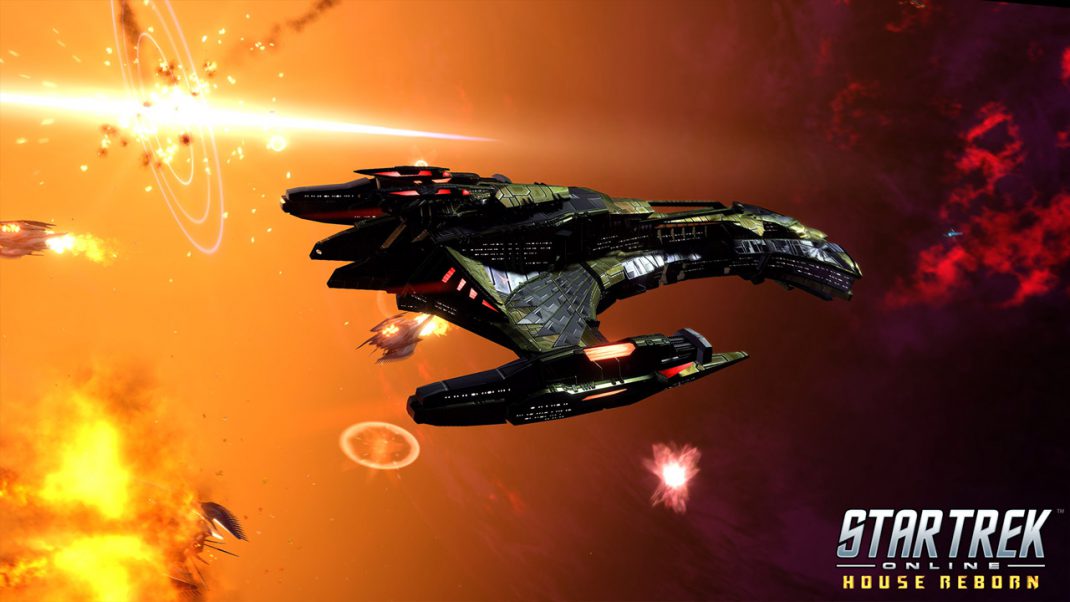 Today, Perfect World Entertainment Inc., a leading publisher of live service games, and Cryptic Studios announced that Star Trek Online’s newest season, House Reborn, is available on PC and will release on PlayStation®4 and Xbox One at a later date. The beloved free-to-play MMORPG celebrates 11 years of expanding the emblematic Star Trek Universe for Captains around the globe with House Reborn, a brand new content update which kicks off Part 1 of the finale to the game’s epic Klingon War. The new season introduces two exciting featured episodes centered around Star Trek: Discovery’s L’Rell (voiced by Mary Chieffo, who originated the role) and Tenavik (voiced by guest star Sam Witwer). Captains will also discover a brand new Klingon Recruitment System, a Special Anniversary Event to earn the new Alliance Temer Rader and a complete revamp of the Klingon experience, including remastered environments, missions, stories and more. Plus for the first time ever, Star Trek Online will allow players of all factions to command any ship.

“It is truly amazing to witness how Star Trek Online continues to resonate with people after 11 years,” said Yoon Im, CEO of Perfect World Entertainment. “The Cryptic Studios team is incredibly passionate about Star Trek and has done a tremendous job of bringing the films and shows to life in the game. We could not be more thrilled to celebrate this milestone with them and our devoted players.”

“We feel so honored to be on this journey after 11 years,” said Andre Emerson, the game’s executive producer. “Each new year brings more Star Trek content than ever before and we feel like we’re just getting started. None of this would even be possible without the constant support from our players, and we would like to thank them dearly for it.”

After the Klingon Empire broke apart in House Shattered, J’Ula, matriarch of House Mo’Kai, travels to the sacred planet of Boreth. Plagued with guilt, she tracks down Tenavik (voiced by Sam Witwer from Star Wars: The Clone Wars, under the guidance of Kenneth Mitchell, who originated the role), the Klingon outcast who was first introduced in Star Trek: Discovery, with hopes that he can lead her to enlightenment. The journey won’t be an easy one, however. Players will be tasked with guiding J’Ula along her spiritual voyage, one where she will not only have to face ghosts of the past, present and future, but also descend into the pits of the Klingon underworld Gre’thor itself. There she will seek guidance from L’Rell, the famed Klingon warrior who played a pivotal role in the first few seasons of Discovery (voiced by Mary Chieffo, who originated the role). Captains will also reunite with General Martok (played by J.G Hertzler from Deep Space: Nine), Adet’Pa (voiced by Rekha Sharma from Star Trek: Discovery) and Aakar (played by Robert O’Reilly from Star Trek: The Next Generation and Star Trek: Deep Space Nine).

Check out the third season of Star Trek: Discovery: https://www.cbs.com/shows/star-trek-discovery/