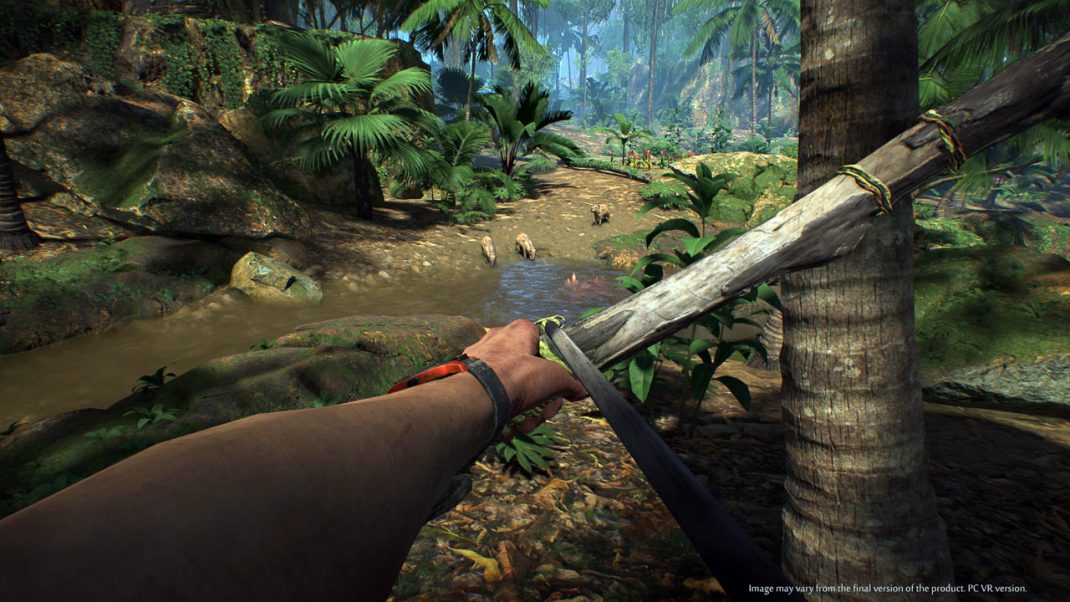 The hit survival game Green Hell from Creepy Jar is coming to VR and the studio responsible for the virtual reality version, Incuvo, is going to merge the game’s highly praised gameplay with an incredible level of immersion, possible only in VR.

Incuvo is a European studio, specializing in VR games. The debut of Green Hell VR is planned for the Q3 of 2021 on PCVR and will later be released on Oculus Quest. The developers are focused on finding the balance between known functions and the virtual reality immersion practices. The pre-production stage is finished and the team is working on the alpha version which will be available a few months before the game’s release. The alpha version is going to unveil the VR potential of Green Hell to meet the player’s expectations which are very high since the game became a hit and a devoted community grew around it.

Green Hell is an Open World Survival Simulator set in the faithfully recreated conditions of an Amazon rainforest. The player, alone in the jungle with no food or equipment must survive and find a way out it. In order to succeed the player must learn survival techniques, build shelters, make tools and create weapons to hunt animals for food. All this while fighting hunger, thirst, fatigue, tropical diseases and deteriorating mental health.

Incuvo is a Polish studio with many years of experience in game development. The company was founded in 2012 and since then has established its position worldwide working on hits like Layers of Fear VR and Blair Witch VR. Incuvo consists of a highly qualified and motivated team of experienced developers, graphic artists and researchers. Studio ports and produces VR games on a work for hire basis but also takes on porting projects with no cost to the original creators.

Stay tuned for more information in the upcoming months and follow our social media and YouTube channel to always stay up to date with everything Creepy Jar related.