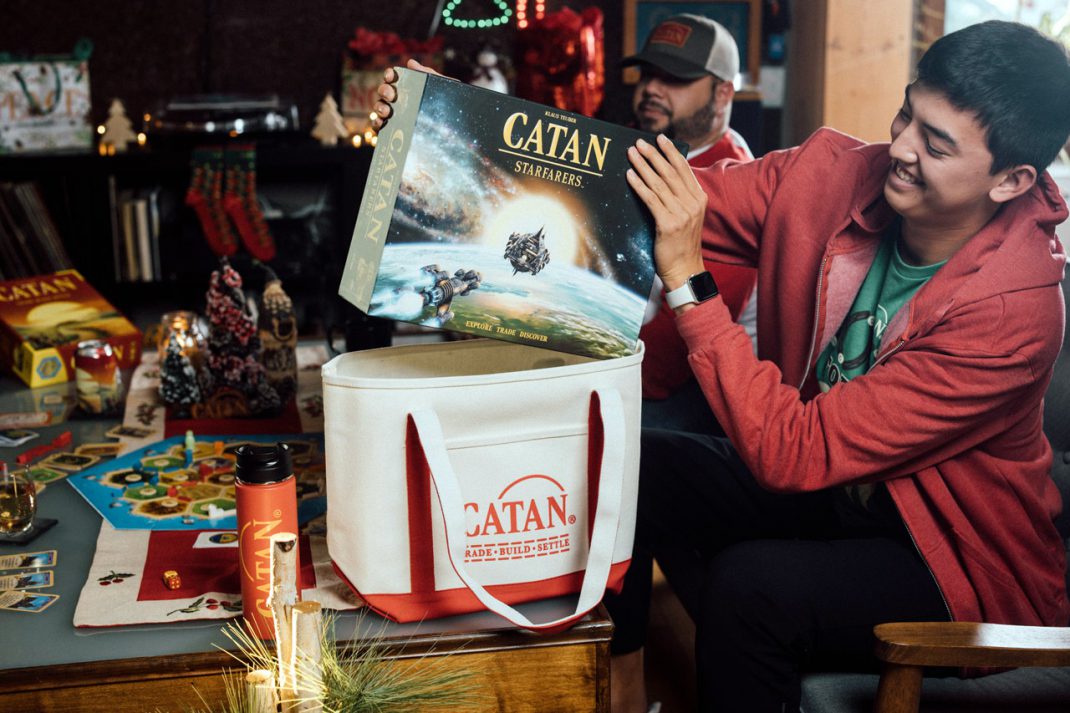 The original Starfarers of Catan was released in 1999 and was rebooted in 2019 as CATAN – Starfarers. The new edition features an updated variable board, reimagined art, and newly-engineered player pieces. With imaginative storytelling and the unique mechanism of the Starfarers mothership, Starfarers is a fan favorite. It was the focus of a Tabletop Showcase, featuring videos and podcast episodes from some of gaming’s top content creators.

Along with additional player pieces and 3D motherships, the Starfarers 5-6 Player Extension implements a novel turn-taking mechanic that keeps players more engaged throughout the game. This is especially valuable since adding more players lengthens the time between active turns. When the active player (Pilot 1) takes their turn, Pilot 2 may also perform some actions, such as building and moving their ships. Players become more engaged and proactive, speeding game play.

“Since the release of the revised, reimagined Starfarers last year, we’ve had many requests from fans to release the 5-6 Player Extension, and we’re pleased to do that now,” said Pete Fenlon, CEO of CATAN Studio. “We’re excited to see the stories that will unfold on the table as more players are introduced to the Starfarers universe.”