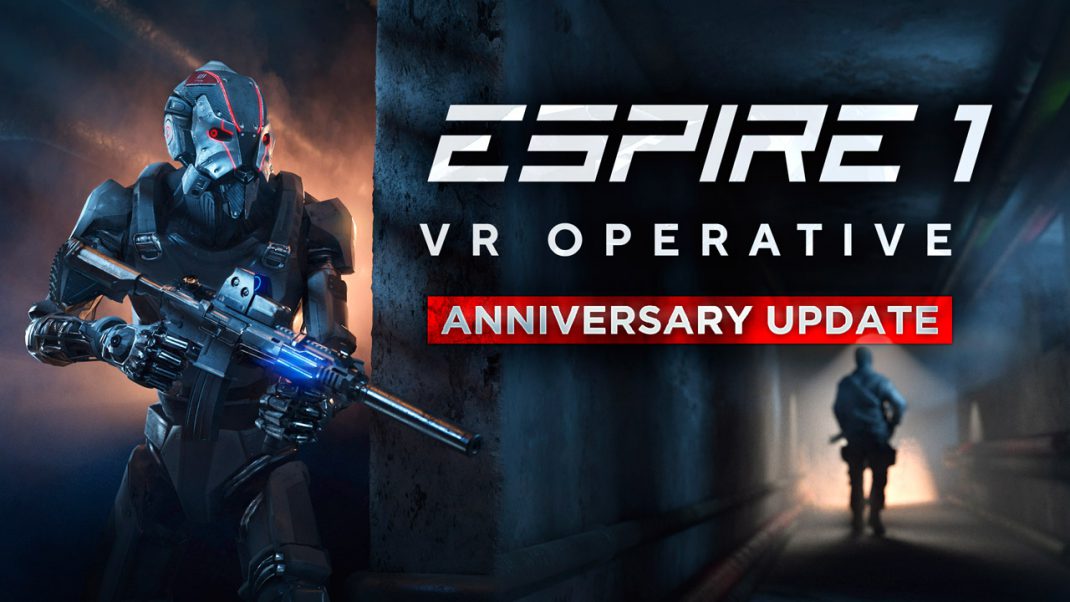 Enhanced specifically for the new Oculus Quest 2, today’s update introduces the following improvements for the next-generation VR device, bringing a wide array of significant visual, performance, and gameplay improvements to the top-selling Oculus Store title. All existing owners of the game will automatically get Quest 2 support, including all the Quest 2 specific enhancements. In addition, there are further enhancements (performance and more) for the base Quest version, listed below:

Espire 1: VR Operative Updates for Oculus Quest 2
– Increased pixel resolution and clarity with less aggressive dynamic foveated rendering
– Higher mesh resolution for guards and other characters
– Bullet impact particles from the PlayStation®VR version added
– Added ricocheting bullets for players and guards
– Unique bullet impact sound effects added for each surface type
– Color-graded and optimized for the Oculus Quest 2 LCD screen
– Enhanced audio: When the player crouches down, the game’s soundtrack dynamically submixes the music down while increasing the sounds of footsteps and voices of guards

Espire 1: VR Operative aims to set the new gold standard for the stealth genre in virtual reality –introducing the “Control Theatre,” a unique solution to the challenge of VR motion sickness for first-person titles. Espire 1: VR Operative drafts players as drone operators of the future. Players become “Espire Agents” and use cutting-edge Virtual Reality hardware to remote-operate the Espire model 1 from the safety of their Control Theatre.

The technology behind the Control Theatre and the game’s approach to movement lie at the heart of Espire 1: VR Operative’s gameplay and intuitive VR control system. Any time a player performs any artificial locomotion, the game world shrinks down to the size of a floating tablet, with the Control Theatre visible in the player’s peripheral vision. This “VR within VR” system allows for precise, full freedom movement, while maintaining immersion, and eliminating “VR motion sickness” for almost everyone. The Control Theatre is fully customizable to suit the player’s level of comfort, and can be fully disabled for those already comfortable moving in VR.

This unprecedented freedom of movement allows the title’s stealth and action gameplay mechanics shine. Make sure to check out our press kit for series of curated gameplay gifs, showing an Espire Agent stealing a guards gun to neutralize him, using the voice command “Freeze” to immobilize a guard, throwing a spare ammunition clip to cause a distraction, and activating bullet time to headshot multiple guards while dropping down from the ceiling.